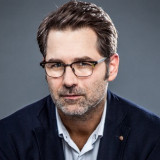 Among tragic events that grab the world’s attention, such as what happened in Paris (and Beirut) a couple of weeks ago, there are always good things that happen and good people that give solace, courage and hope. You read something, listen to something, watch something - and just say ‘wow’.

The first is Antoine Leiris, whose wife, Helene Muyal, was killed in the Balacan Theatre in the French capital during the terrorist attacks. It took two days for her death to be confirmed. What Antoine did was post a magnificent tribute to his wife on his Facebook page, promising not to let their 17-month-old son grow up in fear of Daesh.

“I will not give you the privilege of hating you,” he wrote. “You want me to be frightened, that I should look into the eyes of my fellow citizens with distrust, that I sacrifice my freedom for security. You lost. I will carry on as before.”

Magnificent. We’re with you Antoine.

One of Australia’s most popular television personalities - and a ‘celebrity Muslim’ in many ways - Waleed Aly took time out on his program The Project TV  to address the issue that “ISIL is weak” but they don’t want us to think that. Take a look here.

When the spectators at the France against Germany football friendly at the Stade de France on November 13 were ushered into the bowels of the stadium to ensure their safe evacuation, they spontaneously burst into La Marseillaise. It is one of the most recognisable and stirring national anthems in the world at the best of times, made even more spine-tingling by the circumstance of this rendition.

The safety of the world champions - the German national football team - could not be assured by French authorities on that fateful night. They had a bus waiting for them outside, but it wore their logo and German team colours and it was deemed too much of a risk for them to return to their hotel. These multi-millionaire athletes were forced to spend the night on mattresses on the floor of their dressing room at the Stade de France.

What did the French national team do? They stayed with the German team in an act of tremendous camaraderie demonstrating the pure spirit of true sportsmanship.

Finally, a few nights later, Les Bleus turned-up at Wembley Stadium in London for another international friendly, this time against England. The Patron of the English FA, the Duke of Cambridge, had not intended going to the game but changed his mind after the Paris attacks. Well done, Prince William.

But what really stirred the spirit was what happened when the two sides took to the park. Once again, the camaraderie of the players; the tifo from the England home supporters; and the singing of La Marseillaise by the almost-capacity crowd of 90,000 at Wembley. It was loud, it was proud, it was defiant and it was truly magnifique.

If you haven’t seen it, it’s worth spending five minutes taking a look.

In the Charter for FIFA Reform of #NewFIFANow, we state that football “has the power and capacity to unite the world in a way nothing else can.”

These last three examples I gave - spontaneous and planned - by football fans and players demonstrate the truth of that statement. I couldn’t help but be struck by what a contrast their action is to the officials who have had their snouts in the trough for years, or who have sat back and said and done nothing while it goes on around them, and who have brought this magnificent game into disrepute.

It shows the power of football, despite the appalling state of governance. Just imagine how much it could achieve it if was run properly, with the right values and in the true spirit of fair play and sportsmanship, by good women and men.

In the meantime, the last word goes to the French manager of Arsenal, Arsene Wenger, who said: “Life has to be stronger than fear.”

In their different ways, Antoine Seiris, Waleed Aly, football fans and players show us how that is so.