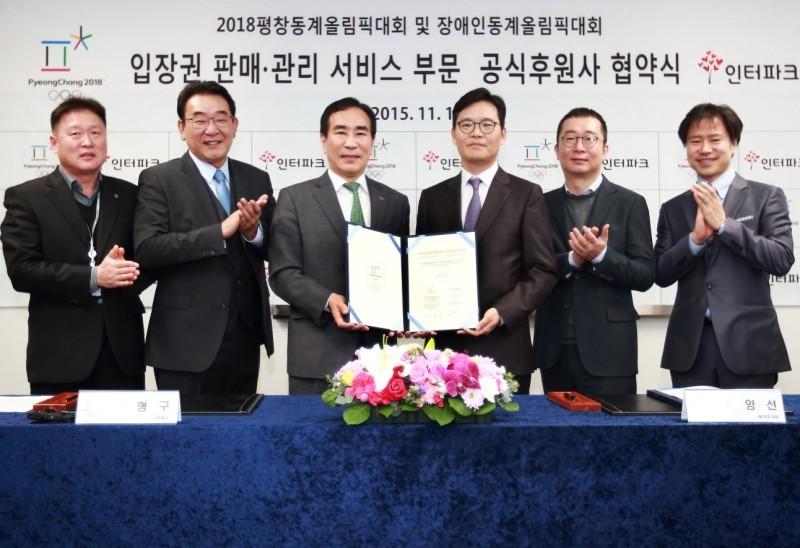 Pyeongchang 2018 has signed up Interpark Corporation as an Official Supporter covering the Ticketing Sales and Distribution Services category in South Korea.

Interpark, an online auction and shopping mall, will offer ticket sales services to key client groups and the general public across the host country of the 2018 Winter Olympic and Paralympic Games.

The company will also aim to provide the required ticketing system, equipment, and personnel needed to implement the ticketing programme of Pyeongchang 2018.

Interpark is one of the largest and most acclaimed ticketing services company in South Korea and has previously supported a number of international sport events.

Additionally, Interpark is leading the ticket services for the entertainment business in South Korea.

"It is very meaningful to have Interpark, which is one of the leading companies in the ticketing business in Korea, as a sponsor," said Pyeongchang 2018 secretary general Yeo Hyungkoo.

"Through its outstanding infrastructure and sales know-how, Pyeongchang 2018 is striving to achieve full stadia."

"It’s an honor to be the sponsor of the Olympic Winter Games Pyeongchang 2018," said Kim Yang-sun, representative director of Interpark.

"We will fully support Pyeongchang 2018 with our extensive ticketing services experience acquired across major events."

The signing of the sponsorship continues the turnaround in fortunes for Pyeongchang 2018 after a shortage of domestic sponsors was identified as a major problem for organisers by the International Olympic Committee earlier this year.

In recent months, there has been an improvement, however, with deals having been signed with three of the country's biggest companies, Hyundai, Samsung Group and Korean Air.

Manufacturing giants SK Group, one of South Korea's largest conglomerates, are the most recent addition to the list of domestic sponsors for the event after a deal was signed with Pyeongchang 2018 in September.

The Pyeonchang 2018 Winter Olympic Games are scheduled to take place from February 9 to 25, followed by the Paralympic Games from March 9 to 18.