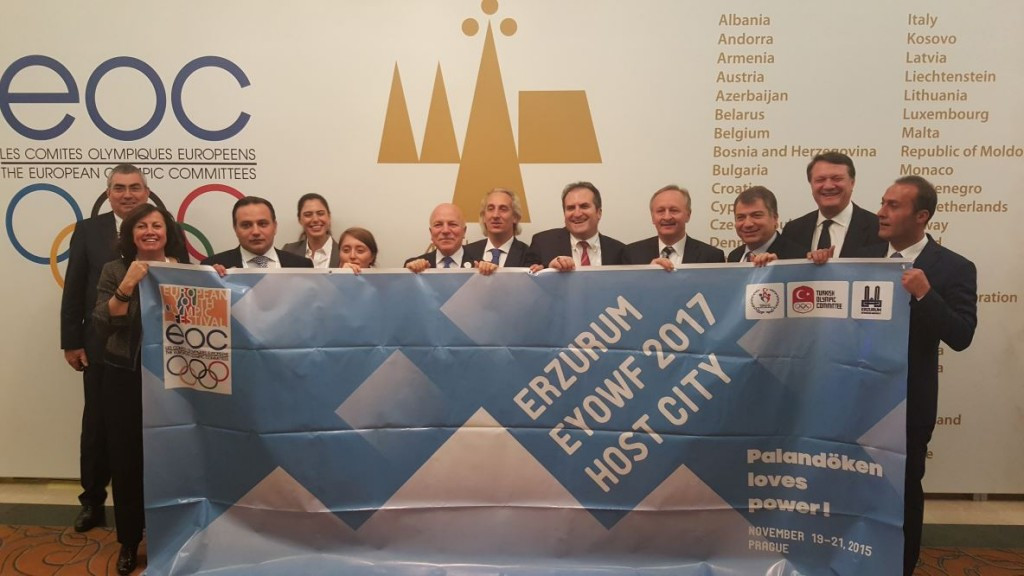 A deal was signed here today for Erzurum in Turkey to host the Winter European Youth Olympic Festival (EYOF) in 2017, two years earlier than originally planned.

They had been awarded the 2019 EYOF but have now swapped with Sarajevo and East Sarajevo because they are struggling to get ready in time.

Sarajevo and East Sarajevo had been awarded the 2017 Winter EYOF at the 2013 General Assembly in Rome, while Erzurum had won their bid at last year's meeting in Baku.

Erzurum already have many of the facilities in place after hosting the 2011 Winter Universiade when 1,800 athletes from more than 50 countries competed.

"The swap underlines the Olympic spirit of cooperation in place between European NOCs (National Olympic Committees).

"We are now completely focused on delivering the best possible event in 2017.

"We are fortunate to have a city with as much experience and expertise as Erzurum to host the event.

"I have no doubt that they will be able to host the EYOF two years ahead of schedule without any impact on the quality of the event.

"We look forward to welcoming Europe’s finest young athletes in 2017.

"These athletes are our future and for many of them it will be their first taste of a major sporting event so we want to make it as special as possible.”

The EYOF is a top multi-sport competition, with winter and summer editions held biennially across Europe.

This year's Winter Festival was held in Vorarlberg, in Austria and Vaduz in Liechtenstein, the first time countries had co-hosted the event.

The Erzurum 2017 Winter EYOF will be the 13th winter edition and is expected to attract more than 1,500 athletes between the ages of 14 and 18.

“The people of Erzurum are passionate about winter sports and are excited by the prospect of hosting another major winter sporting event," said Mehmet Sekmen, Mayor of Erzurum.

"The city already has a number of world class facilities in place and these facilities, combined with Erzurum’s stunning Palandöken Mountain range, should make for a fantastic and memorable experience."

The event in Sarajevo and East Sarajevo is expected to be an emotional occasion as it will be the biggest event to be held there since the 1984 Winter Olympics.

It was also announced today that there are single bidders for the 2021 editions of the Festival.

Vuokaki in Finland are the bidders for the Winter EYOF, while Kosice in Slovakia want the Summer event.

A final decision is due to be made at the 45th EOC General Assembly next year, which is due to be held in either Minsk or Yerevan.