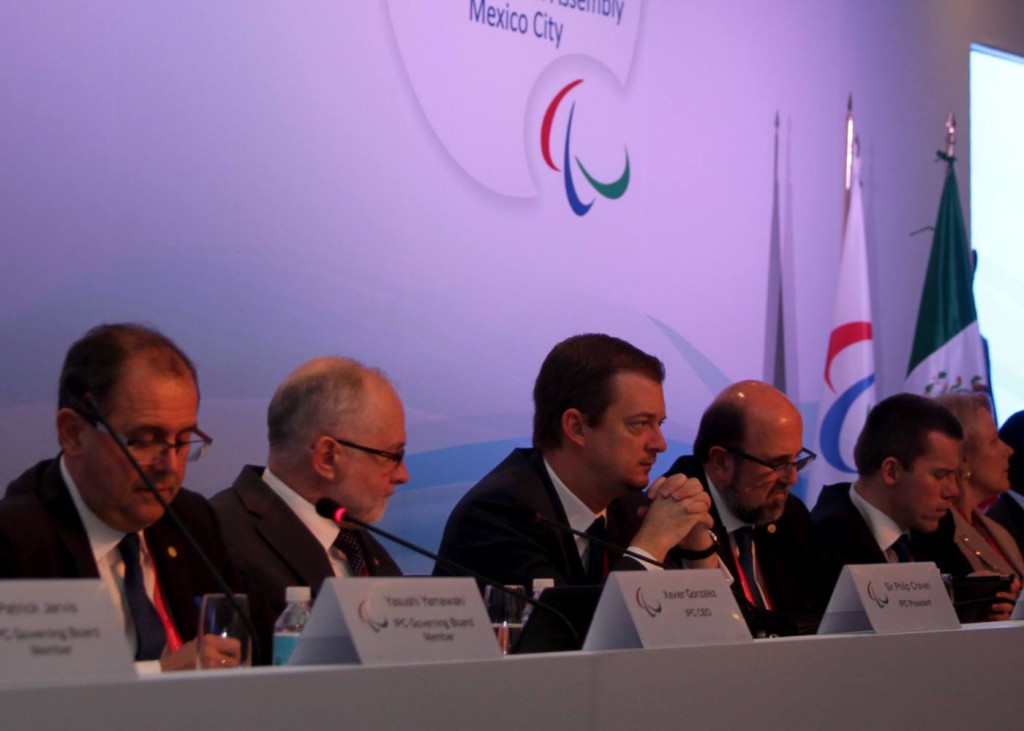 The International Paralympic Committee (IPC) have rejected a motion to consider adding a 23rd sport for the Tokyo 2020 Paralympic Games at their General Assembly in Mexico City.

Sailing and football seven-a-side were excluded from the programme when the 22 sports were unveiled in January, with badminton and taekwondo set to make their Paralympic debuts at the Games having been added.

The Cerebral Palsy International Sports and Recreation Association (CPISRA), who following the decision had demanded an explanation for football seven-a-side's omission, had proposed for the IPC Governing Board to consider adding a 23rd sport at the Games.

After a debate, the General Assembly rejected the motion to all but end the faint hopes of sailing and football seven-a-side to be reinstated, with both sports having missed out of selection initially having been deemed to have failed to fulfil the IPC Handbook's minimum criteria for worldwide reach.

The National Paralympic Committees of Albania, Bangladesh, Somalia and Peru all saw their membership terminated by the IPC, who claimed the decisions were as a result of the NPC’s inactivity or due to having a suspension which exceeds more than four consecutive years.

A new Somalia NPC saw their membership approved by the IPC along with St Vincent and the Grenadines, Aruba, Yemen and Guinea Bissau.

IPC President Sir Philip Craven presented the body’s biennial report to the General Assembly attended by nearly 300 people, highlighting the growth and breadth of the Paralympic Movement’s work over the past two years.

Sir Philip urged the Movement to build upon the success of previous Paralympic Games, using the IPC’s 2015-2018 Strategic Plan as a guide to further improve the Games, athlete development and awareness of the Paralympic brand.

“I would like to thank the IPC membership, IPC management team and all volunteers for playing their role in the making the Paralympic Movement the strongest it has ever been,” he said.

“The priority now is to use the new IPC Strategic Plan to build on these foundations.

“Together, we must deliver a hugely successful Paralympic Games in Rio next year and show to the world that Beijing 2008 and London 2012 were not exceptions, but the norm.

“We must also continue to engage more people around the world in the Paralympic Movement, either as participants in Para-sport, TV viewers at home or spectators in venues.”

Several key motions were approved by the IPC membership throughout the day, including the 2015 IPC Athlete Classification Code, which is due to come into force from January 1, 2017.

The Code has been designed to be more athlete focused and accessible, with 2,700 comments having been received in three rounds of consultation with stakeholders during its development, which began in June 2013.