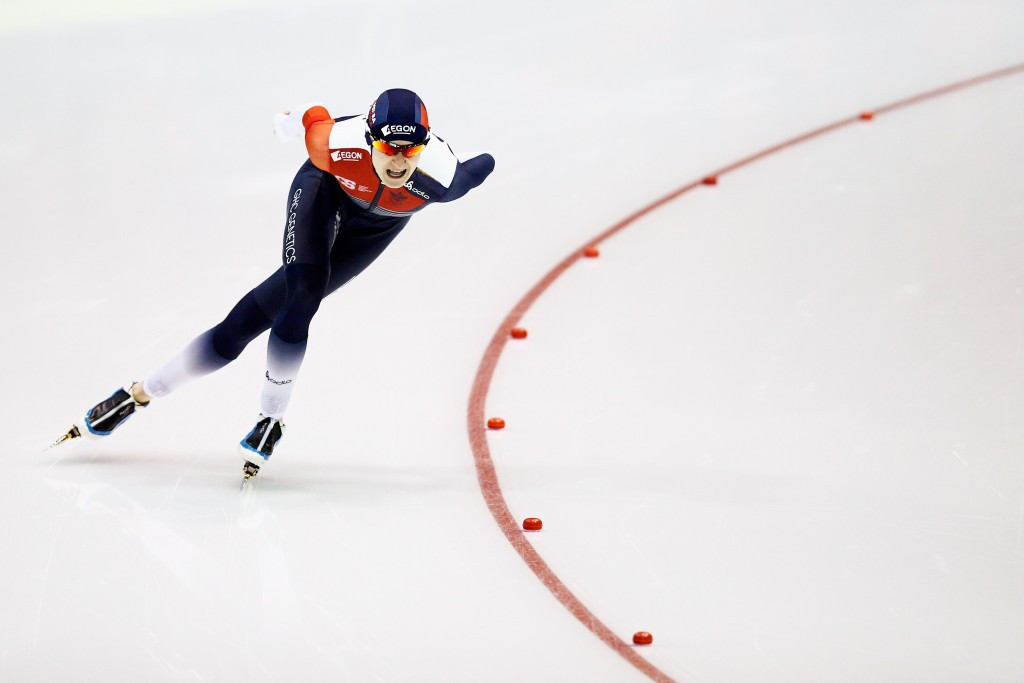 The 13-time speed skating world champion has been competing in cycling throughout the summer months and successfully booked her place at the Rio 2016 Summer Olympics, but has now set her sights on further titles during the speed skating season.

She was able to put down an early marker for her rivals after producing a time of 3min 57.21sec to claim victory in the 3,000m having competed in the penultimate pairing on the ice, with The Netherlands’ Irene Schouten seeing her personal best time of 3:58.39 surpassed, leaving the Dutch skater second.

Natalya Voronina was only other skater to dip under the four minute barrier with her time of 3:58.78 enough to secure a podium finish as well as setting a Russian national record for the event.

Double Olympic champion Sang-Hwa Lee stormed to gold in the women’s 500m as the South Korean produced a time of 36.96 seconds in the penultimate pairing of the competition to beat the United States’ Brittany Bowe.

Against such fierce rivals Bowe produced a personal best performance skate as she clocked 37.22 but it would only prove good enough for bronze as China’s Hong Zhang clocked 37.18 to finish on the second step of the podium.

Men’s 500m world champion Pavel Kulizhnikov also began his season impressively as the Russian, who served a two-year doping ban from 2012 to 2014, posted the third best time ever over the distance by clocking 34.11 to take gold.

Mika Poutala had led for the majority of the event by posting a Finnish record of 34.28, while Canada’s William Dutton claimed bronze in a time of 36.46.

The Netherlands’ Sven Kramer extended his record for most World Cup wins to 31 after finishing the men’s 5,000m in a time of 6:08.61, with his compatriot Jorrit Bergsma claiming silver after producing an impressive skate against Germany’s Patrick Beckert.

Beckert, who benefited from Bergsma’s slipstream, narrowly missed out on a national record and podium finish as his time of 6:13.14 was surpassed by Ted-Jan Bloemen, after he set a Canadian record of 6:12.72.