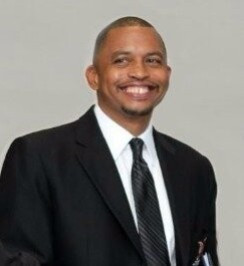 It is worth all the trouble. Time is valuable.  We have to spend it wisely and focus on the things that really matter.

We can unlock the haven of human potential that is abundant in Trinidad and Tobago and tge region.  If only we believed in ourselves enough to concentrate on what we must do rather than focusing on what we like to do.

Its 3am as the packed mini bus moves through the streets of Paramaribo, already buzzing with market vendor activity. Sport leaders heading to the airport to catch a 4.30 am Trinidad and Tobago time Caribbean Airline flight to Port of Spain. United in commitment and determination to make a positive difference through sport and Olympism.

The Trinbagonians will head straight from touch down at 5.30am to their respective workplaces a reality often lost in the incompetent, self serving sport administrator narrative.

The stush life story line of FIFA and other International Federations is not the lot of the average joe and jane sport administrator.

Truth be told changing the negative narrative will only come against the back drop of good governance.

There has never been a better time.

The enormous potential and opportunity for growth in sport places needed pressure on every single sport leader and administrator to get off their high horse and come down to earth.

Driving good governance is the most important priority .

The foundation for sustainable growth and development must be built on good governance.

Two long days that could turn out to be nothing more than a talk shop should the importance of the deliberations and approved in principle Constitution amendments drown in the in the river of failed implementation and lack of focused attention.

Good governance was mentioned so many times that keeping count became a futile excercise.

Concerns about poor governance may have reached critical mass  .

The fact that the CANOC Executive and the General Assembly supported a proposal made by the TTOC that the regional umbrella Olympic Movement body undertake a process to create a Caribbean Good  Sport Governance Code is cause for optimism, as is the fact the CANOC General Assembly agreed in principle to amend the Organisation's Constitution to include, among other things, term limitations. Significant mileposts.

The  wind of change is blowing.

Term limitations for office holders is not a small step but a huge step forward for CANOC.

As the clock says 5.08 am and the Caribbean Airline flight begins its descent into Piarco Airport across the aisle Mike Fennell, head of the Jamaica Olympic Association, is in pensive thought, as is CANOC secretary general Keith Joseph two seats ahead.

Former CANOC and TTOC secretary general Elton Prescott, senior counsel and member of the CANOC Juridical Commission, is ready for his day's work.

The inconvenience is a small price to pay in a collective effort to make a huge difference for Caribbean athletes and the region's Olympic Movement.

Good governance is not a slogan but a deep commitment.

But the battle to make good governance the rule rather than the exception has only just begun.

Rome wasn't built in a day.