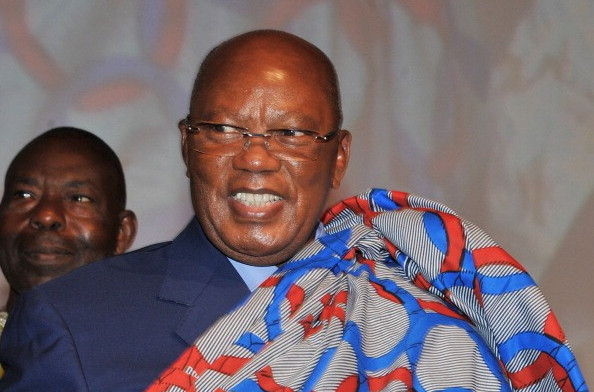 Association of National Olympic Committees of Africa (ANOCA) President Lassana Palenfo has targeted a joint-African bid for the Summer Youth Olympic Games as a means to "boost the morale" of the continent.

South Africa, who are set to host the first African Commonwealth Games in Durban in 2022, have been cited as a possible co-bidder, along with 2014 African Youth Games hosts Botswana, and "maybe" Angola.

The Ivorian, who is thought to be considering standing for a fourth term as President, admitted earlier this year that it would be "almost impossible" for his continent to host a Summer Olympics and Paralympics due to financial and infrastructural challenges.

But, speaking at the 32nd Seminar of ANOCA Secretaries Generals in Lesotho, the 74-year-old suggested the Youth Olympics would be a more realistic step, particularly due to the flexibility to launch joint bids encouraged within the International Olympic Committee's (IOC) Agenda 2020 reform process.

"I would like to advise African countries to join hands and host the Youth Olympic Games," he said, as reported by Lesothan website Informative News.

"I am talking of Botswana, South Africa and maybe Angola.

"That would boost the morale of Africans to allow the first Olympics in Africa."

First held in 2010 in Singapore, a second edition of the Summer Youth Olympic Games took place in Nanjing, China in 2014, with a third in 2018 having been awarded to Argentinian capital Buenos Aires.

As part of Agenda 2020, the IOC opted to move the organisation of the quadrennial event to a different year to avoid the Winter Olympics, meaning the fourth event will be postponed from 2022 to 2023.

This would also avoid a clash with the Durban 2022 Commonwealth Games.

A tripartite commission with National Olympic Committees and International Federations is also being set-up to review the Games, but, following concerns over the scale and extravagance of last summer's event in Nanjing, there is a desire to keep it smaller and in fitting with the individual host nation, something that would seemingly favour a potential African bid.

A first edition of the African Youth Games was held in Rabat in Morrocco 2010, before the second last year in Botswanan capital Gabarone.

A third should take place in Algerian capital Algiers in 2018.