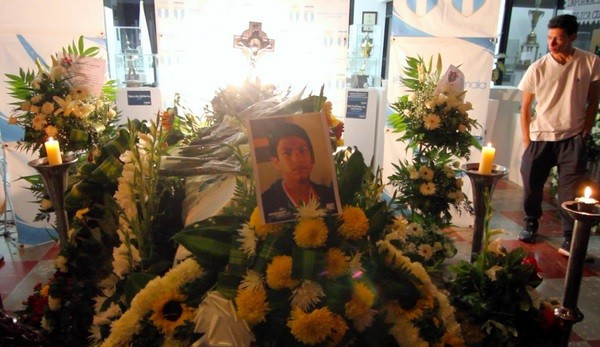 A donation page has been set up to help the family of promising 18-year-old squash player Quainy Bonilla, who was killed by a landslide in his native Guatemala.

Bonilla was one of 10 people to lose their lives after heavy rain in the Santa Catarina Pinula region, just outside of Guatemala City, caused a landslide which also destroyed over 100 homes on October 2.

He was a rising star in the nation and was ranked at number eight in the Central American country.

The sport’s governing body are one of several organisations to pledge their support to his family and others who were affected by the landslide.

“We simply cannot imagine the difficulties that the Bonilla family are facing right now in what is a devastatingly tragic set of circumstances,” PSA chief executive Alex Gough said.

“Our sincere condolences and thoughts go out to them during this tough period of time and we would like to ask everyone in the squash community to show their support by donating what little they can to help this family try and rebuild their home and their lives.”

Bonilla’s death has rocked the squash community in the region and various governing bodies have offered their condolences, including USA Squash and the Colombian Squash Federation.

“Quainy was passionate about the sport and about his country,” teammate Felipe de Torre told the Latin Times.

“A great void will be felt in the squash community across Guatemala, where he brought happiness and smiles.”

The number of deaths as a result of the freak accident is expected to rise over the coming days, with some reports suggesting as many as 300 people could be missing.

Donations can be made at the upcoming US Open in Philadelphia, which runs from October 8 to 17, or by clicking here.