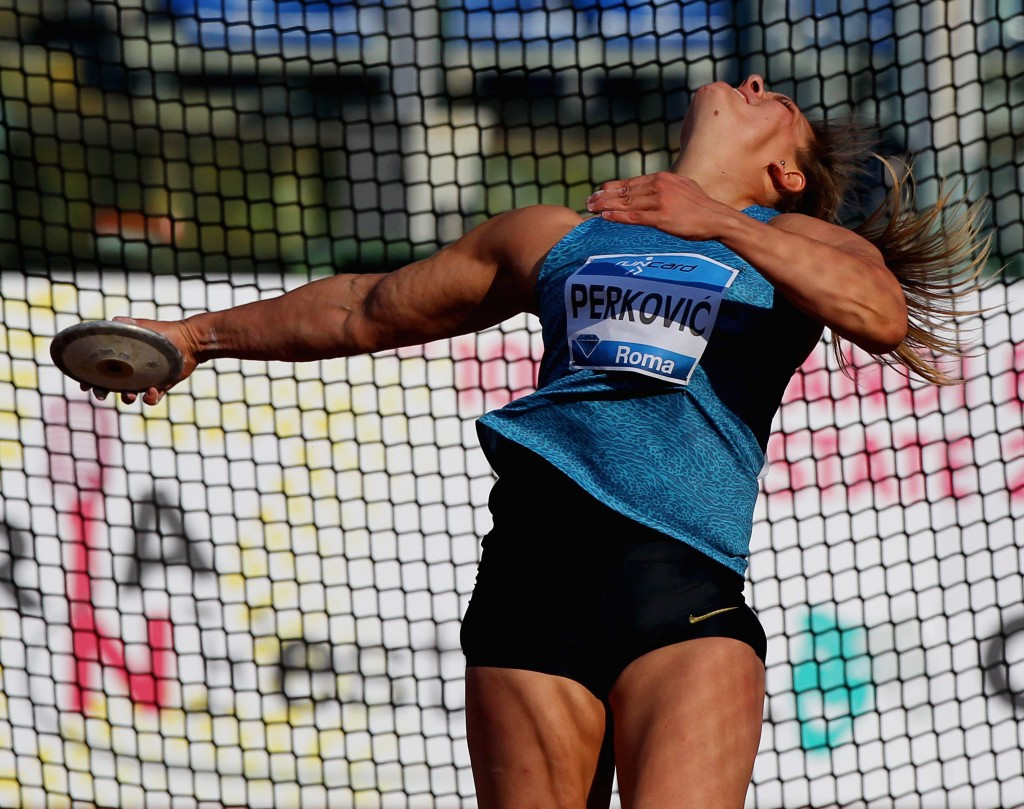 Croatian discus thrower Sandra Perkovic earned the most prize money from this year’s International Association of Athletics Federations’ Diamond League as she totalled $106,000 (£68,000/€94,000) in a list dominated by female athletes.

In claiming her fourth consecutive Diamond Race trophy as overall series victor, Perkovic headed four other women at the top of the list compiled by Track Stats.

Next highest earners were pole vaulter Nikoleta Kiriakopoulou of Greece who made $95,000 (£61,000/€84,000) and Dutch 1500 metre runner Sifan Hassan, who finished jointly on $93,000 (£60,000/€82,000) with the two top male earners, Poland’s discus thrower Piotr Malachowski and Christian Taylor, the world and Olympic triple jump champion from the United States.

US sprinter Justin Gatlin was undefeated all year outside the IAAF World Championships, where he was defeated over 100 and 200m by Usain Bolt, but he finished ninth in the prize list having competed in only five of his seven available Diamond League meetings.

Similarly Ibarguen, who has been undefeated since the London 2012 Olympics, was second by dint of only competing at six of her seven possible meetings.

The IAAF Diamond League encompasses 32 individual event disciplines, with a points scoring "Diamond Race" which runs throughout the 14 meeting series.

Each of the disciplines is staged seven times with the top three athletes being awarded the same amount of points at each meeting – four points for first place, two for second and one for third – with the exception of two finals, in Zurich and Brussels, where the points are doubled.

There are smaller rewards for ninth to twelfth place finishers in distance races and ninth-lane runners in sprints.

Even if an athlete has an unreachable total before their relevant final, they have to show up and be fit to “compete in a bona fide way” in order to claim their prize.

Overall winners also receive a Diamond Trophy created by Zurich-based jewellers Beyer, automatic entry to the following year’s Diamond Race, and a wild card for the next IAAF World Championships.