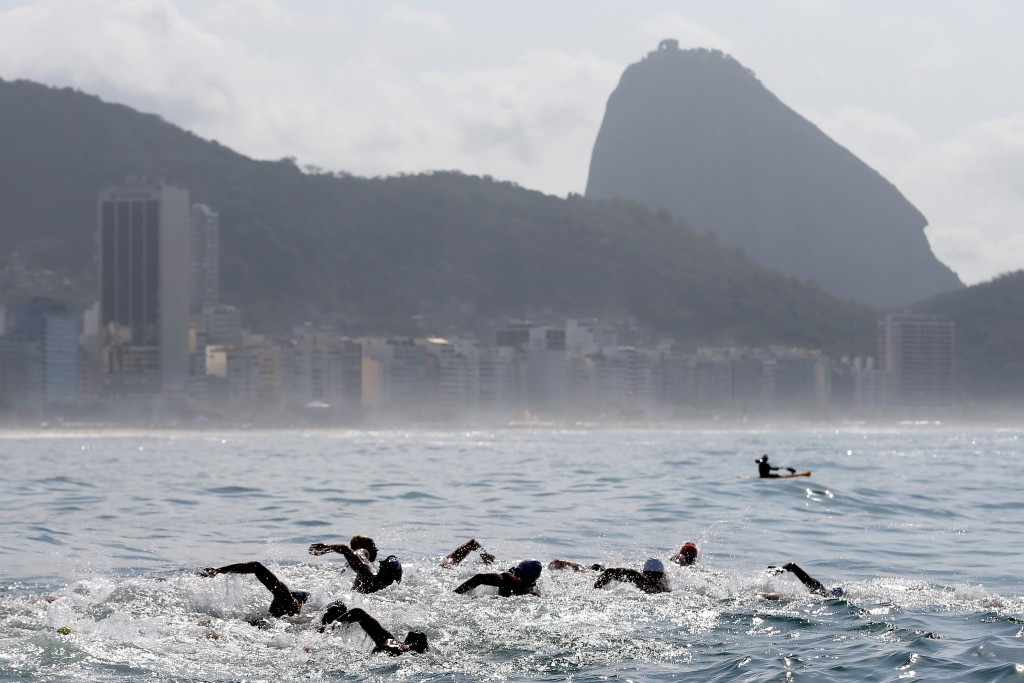 The Sports Medicine Committee for swimming’s world governing body, FINA, has declared the waters of Copacabana beach in Rio “safe” for competitors after follow-up health checks on those who took part in last month’s Marathon Swimming Olympic Test Event.

The announcement appears to mark a change of stance for FINA, whose President Julio Maglione was reported to have sent a letter to Rio Mayor Eduardo Paes this week strongly criiticising the facilities and water quality at Olympic venues.

A total of 50 swimmers from 12 nations who took part in the event from August 22-23 were subject to tests implemented by the Sports Medical Committee and numerous National Federations.

Today’s statement from FINA says: “Up to date, 26 days after the conclusion of the event, there is no notice of any subsequent health issue on the athletes that competed in Rio, from the following countries: Brazil, Canada, China, Czech Republic, France, Germany, Great Britain, Hungary, Ireland, Italy, Japan and Netherlands.

“Consequently, the waters of the Copacabana beach were safe during the organisation of the Marathon Swimming test event.

“The FINA Sports Medicine Committee, in co-ordination with the IOC, Rio 2016 Organising Committee and INEA (Brazilian State Institute for the Environment), will continue conducting tests and monitoring the quality of the waters in Copacabana beach, in accordance with International Standards.”

This may prove bewildering news for the Rio Mayor who was this week in receipt of a letter from the President of FINA accusing the Rio 2016 authorities of showing FINA “disrespect” by providing substandard facilities and failing to act on warnings of the hazardously polluted nature of the Copacabana open air swimming venue and nearby open-air venues for diving, water polo and synchronised swimming

“The recent decisions of Mr Eduardo Paes are seriously damaging the image and value of FINA and its disciplines,” the letter stated, according to the AP.