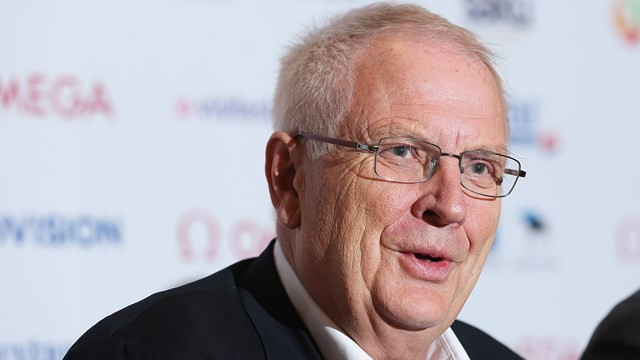 European-only races at elite one-day meetings, to help the development of middle and long distance runners, are now being actively promoted internationally by the new European Athletics President, Svein Arne Hansen, who has used Mo Farah as an example of how to improve by racing at the right level.

Speaking in Zurich, where the first of the two final IAAF Diamond League meetings took place on Thursday night, Hansen said it was problematic that Europeans must often compete with the world’s best distance runners before they are ready to benefit from the experience.

“I believe Europe has great talents and can be competitive with anyone in any discipline,” he said.

“But in the distance races we lose a lot of potential stars because they get thrown into races against the top runners from Africa and the rest of the world and then get discouraged if they don’t immediately do well.

“The example of Britain’s Mo Farah shows that if someone with ability and willingness to work hard can get regular opportunities to race at the right level and earn a living they can mature naturally and become a world beater.

“We need to learn from his experience and make it happen again and again.”

In his campaign for the European Athletics presidency earlier this year, Hansen, who is the former director of the Bislett Games IAAF Diamond League meeting in Oslo, promised initiatives to develop the continent’s weaker disciplines.

“I will be pushing the idea of European-only races to the directors of the European Athletics Premium and Classic meetings and will make the same case to the IAAF and the Diamond League meetings in Europe as well,” he said.

“It’s in their interest to help develop local stars, so I hope they will be open to the idea.”

Hansen also spoke approvingly of the two 'Young Diamonds' races for the women's 400m hurdles and men's 200m at the Zurich Weltkasse meeting which had only European athletes taking part.

“It would be terrific to see something similar over the longer distances at senior meetings in Europe,” he said.

Acknowledging that additional measures may also be required to meet his aim, Hansen said that different groups within European Athletics are already looking at ways to raise standards.

“We have appointed an expert group on high-performance that will be coming up with general recommendations for all events,” he said.

“One thing they will do is help us understand how the USA was able to regain its strength in the endurance races after some years in the doldrums.

“We have also asked our Event and Competition Commission for proposals to enhance the competition system in Europe, including changes to the format of the European Athletics Championships and the qualification system for the championships.

“They will have to balance our commercial interests with what is best for the athletes."