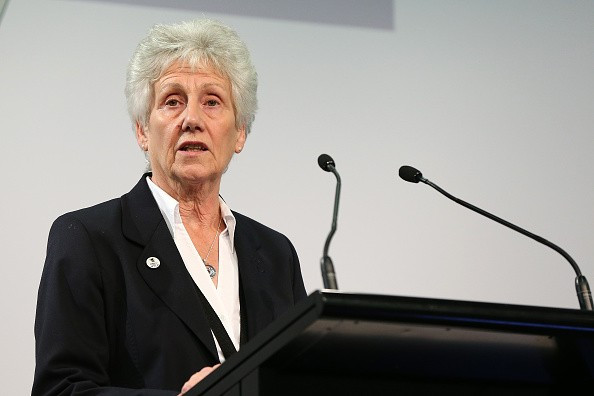 The CGF refused to reveal details of the vote but insidethegames understands that, in the end, despite predictions the election would go down to the wire, Martin's margin of victory was relatively comfortable.

The 67-year-old Malaysian, a member of the International Olympic Committee, who had taken over as CGF President from Jamaica's Mike Fennell four years ago, appeared to pay the price for a controversial attempt in 2013 to move the organisation's headquarters from London to Kuala Lumpur, a plan that was condemned by many countries, particularly in Africa and the Caribbean.

Martin, meanwhile, made great play of the leading role she had played in the success of last year's Commonwealth Games in Glasgow, widely hailed as the best in history.

Martin, the chair of SportScotland, had been vice-president of Glasgow 2014 and had visited 64 Commonwealth countries last year in the build-up to the Games, giving her a strong platform to start her campaign which ended with her becoming the first female President in the CGF's 85-year history.

Initiatives she promised during her presentation today included increased financial support for the 71 countries and territories who are members of the CGF and a new trust to help more countries compete in the Commonwealth Youth Games.

She would pay for this increased financial help partly by recruiting commercial partners as worldwide sponsors of the CGF.

In turn, Martin hopes it will attract more top athletes to take part in the Commonwealth Games.

"I want to make sure the best athletes in the Commonwealth make the Games the cornerstone of their calendars and that the cities are queuing up to bid for them," she said.

"To achieve everything I want costs money and as we know, our income is under extreme pressure from our expenditure.

"I believe the answer is to open our doors to commercial sponsorship and while it will be difficult I'm convinced that once we sign our first top-tier sponsor, others will follow."

Martin, honorary secretary of the CGF since 1999, a role due to be scrapped at the conclusion of this General Assembly, is a former swimmer who competed for Scotland at the 1962 Commonwealth Games in Perth and had managed the country's gymnastics team at Victoria 1994.

“From my earliest days competing as an athlete to my time serving the CGF Executive board, the Commonwealth sporting family has had a profound effect on my life," said Martin following her election which makes her only the second Scot to hold the position, following Sir Peter Heatly, President between 1982 and 1990.

"I am extremely proud and humbled to be elected as President of the CGF and it is my chance to give something back to the Movement that means so much to me.

“I believe that the time is right for a new style of leadership to ensure that together we can fully unlock our potential and deliver on the needs of CGAs (Commonwealth Games Associations) and our wider partners, especially in terms of maximising commercial opportunities.

"If we get this right, we can deliver enhanced revenues to support every CGA as well as Commonwealth sports development through greater investment.

“There is also so much more we can do to grow the profile of our great sporting Movement across the world to ensure that its unique identity is valued and our Games attract the best Commonwealth athletes, sponsors and, critically, future host cities.

"As someone with a proven track record of collaboration and delivery, as well as dedication and passion for the Movement, I am proud to have been elected by the CGAs who have shown they believe I am the right person to guide the CGF through the next stage of its Commonwealth journey and unlock the immense potential of our unique sporting Movement.”

In contrast to Martin, Prince Imran made no concrete proposals during his presentation, other than asking for the opportunity to be allowed to implement "Transformation 2022", the strategic review officially adopted here today and which will act as a road-map for the CGF over the next few years and which he has overseen.

"We have had our ups and downs," Prince Imran told delegates.

"It's been a great four years for me but we have got to this stage where we have a strategic plan going forward.

"I just hope you give me the opportunity to finish what we started.

"We have finally got on the starting blocks.

"Please let me finish this race."

Prince Imran defended his role two years ago in the attempt to move the CGF headquarters from London to Kuala Lumpur when members of staff were issued with redundancy notices before the decision had been formally approved by the General Assembly, who rejected the proposal.

"Many of you were upset but it wasn't my fault, it was the consultants who made the recommendation," Prince Imran told delegates.

"All I did was get the Malaysian Government to make us a strong financial offer."

Prince Imran's campaign was far more low-key than his rival's.

Martin had produced a manifesto, "Unlocking Our Potential", and lobbied delegates as they arrived here.

In contrast, Prince Imran appeared to do little lobbying.

"I hate politicking," he said at the start of his eight-minute presentation.

"So I must apologise to those whose hands I didn't shake."

They will be joined by Kereyn Smith, secretary general of the New Zealand Olympic Committee, who got the third spot ahead of Scotland's Michael Cavanagh and Barbados' Sandra Osborne.