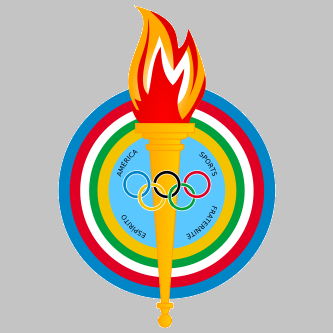 The voting power of countries which have hosted the Pan American Games on multiple occasions is set to be significantly diluted under a new Pan American Sports Organization (PASO) Constitution.

A proposed version of the new document - which has been approved by the PASO Executive Committee for circulation, but which remains subject to input from regional National Olympic Committees (NOCs) and approval by the PASO General Assembly before it can enter effect - currently contains two options.

The first of these amounts to a simple "one country one vote" formula; the second would permit a second vote for past Games hosts, but only for elections to determine where future events will be staged.

Present rules give past Pan American Games hosts up to five votes in both host city and Executive Committee elections, including the election of the President.

These rules tend to favour the region’s bigger nations.

Comments prepared by the President of PASO’s Legal Commission note that the Executive Committee has concluded that the existing voting structure is “not sustainable”.

In a move that might be interpreted as an attempt to ensure there are no surprise outside candidates at next year’s Presidential election, the working document also contains wording insisting on three years’ experience as a top NOC official “immediately preceding” a Presidential candidate’s nomination.

Julio Maglione, the 79-year-old Uruguayan who is completing the late Mario Vázquez Raña’s term as PASO President, has promised not to seek the role on a permanent basis.

Those who are thought to be considering running for the position include Carlos Nuzman, President of the Brazilian Olympic Committee and head of the Organising Committee for Rio 2016, Ivar Sisniega, the first vice-president of PASO, who formerly led Mexico’s National Commission for Physical Culture and Sport, José Joaquín Puello of the Dominican Republic and possibly Richard Peterkin, the International Olympic Committee (IOC) member from Saint Lucia.

The working document, which runs to more than 100 pages and has been seen by insidethegames, proposes a three-term - ie 12-year - limit for the PASO President, but not for Executive Committee members.

It stipulates that the “headquarters registered office” of PASO be in Mexico City, while stating that it may be transferred to another location “by decision of the Executive Committee”.

It states that, while the official languages of PASO are Spanish and English, it is the Spanish text that will continue to prevail in case of conflict.

It spells out that the Pan American Torch is to be lit pre-Games at a special ceremony at the Pyramid of the Sun in Teotihuacan, Mexico; the current version says merely that the ceremony should be in Mexico.

The new document is the combined result of work by the Statute Amendments Commission and the Executive Committee.

Proposals for changes to the current wording are to be considered before a final document is presented to NOCs for approval.

Once the final wording is adopted by the General Assembly, the text must then, in turn, be approved by the IOC.