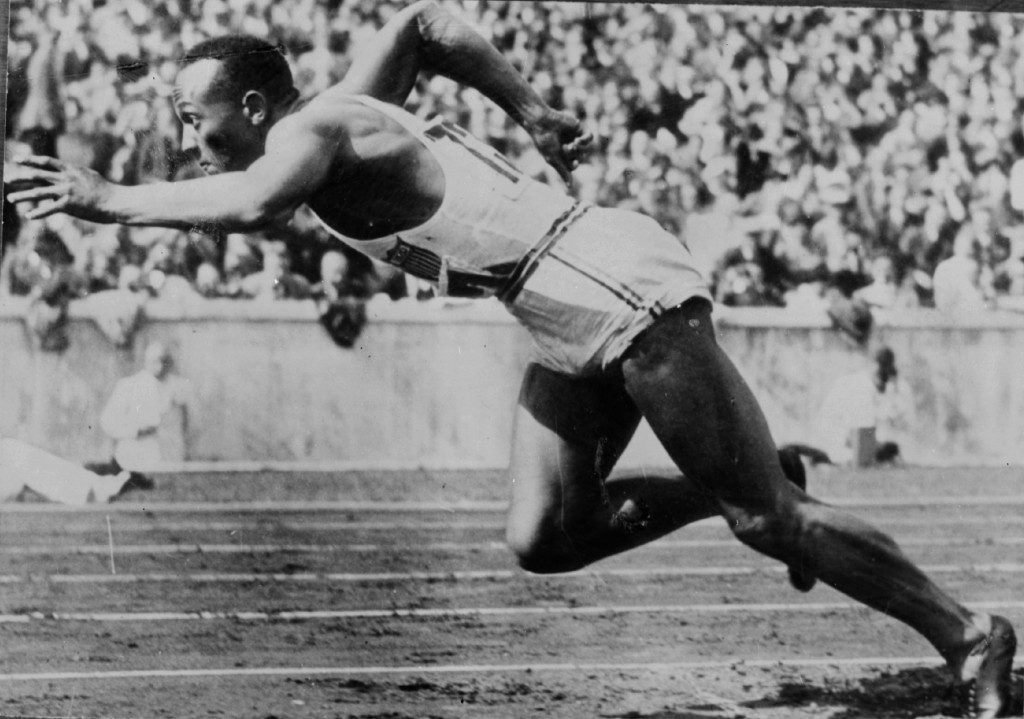 The granddaughter, and Owens’ middle daughter Beverly Owens Prather, are in Beijing to commemorate the signing of an agreement between the Jesse Owens Foundation and the International Association of Athletics Federations' Social Responsibility programme, Athletics for a Better World, and to publicise the forthcoming feature film about their illustrious relative, entitled Race.

The film, due to be released in the US by Focus Features on April 8 next year, deals with Owens’ quest to become the greatest track and field athlete in history.

It is directed by Stephen Hopkins, and stars Stephan James (of Selma) as Jesse Owens, Jason Sudeikis, and Academy Award winners Jeremy Irons and William Hurt.

His achievement the previous year of setting three world records and equalling another in less than an hour at the Big Ten track meet has been called "the greatest 45 minutes ever in sport" and has never been equalled.

The black athlete was the most successful competitor at the 1936 Games and as such has been credited with dealing a mighty blow to the Nazi myth of Aryan supremacy already being promoted by German leader Adolf Hitler,

An official release describes Race as “an enthralling film about courage, determination, tolerance, and friendship, and an inspiring drama about one man’s fight to become an Olympic legend.”

Beverly Owens Prather paid tribute to other people who were involved in ensuring that the name of Jesse Owens resonated with grandeur eight decades after the height of his career.

”Herb Douglas deserves a lot of credit, he’s the one, that started the Jesse Owens Annual Awards Banquet. It was a lot of work, but it’s a heartfelt job, that he thought so much of daddy," she said.

"That trophy is spoken of so highly by so many people, it’s just a great feeling.”

Powell, whose world record mark of 8.95 metres  earned him the 1991 world title in Tokyo, commented: “He was a great competitor, four world records in one day, wow!

"And the fact, that he jumped 8.13 in what by modern standards were big leather boots with nails on the bottom, and on dirt.

"For me, Jesse Owens was a great motivation.”