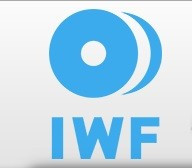 The bidding process for the 2018 International Weightlifting Federation (IWF) World Championships has been opened, the sport’s governing body has announced.

The IWF has sent out a letter to all of its Member Federations inviting them to a make an application for the event in three years' time.

Any nation interested in staging the World Championships, the sport’s annual flagship competition, have been asked to fill out a questionnaire, which covers topics including transport, accommodation, media and venues.

Prospective candidates must also attach letters of support as well as photos of hotels and competition venues.

Those who are keen to stage the event in 2018 have until October 17 to submit their intention to enter the race, before Member Federations present their bid in front of the IWF Executive Board on November 17 and 18.

A host city will then be chosen at the meeting in Houston, Texas, which takes place ahead of the 2015 World Weightlifting Championships, which run from November 20 to 28.

The 2015 event in Houston marks the first time the competition has come to America for 40 years, with an estimated 900 competitors from more than 188 affiliated National Federations from all five Olympic continents expected to descend on the Texan city.

Penang, which played host to the 2011 World Junior Championships, was chosen by the IWF Executive Board at a meeting in Almaty, Kazakhstan in November of last year.