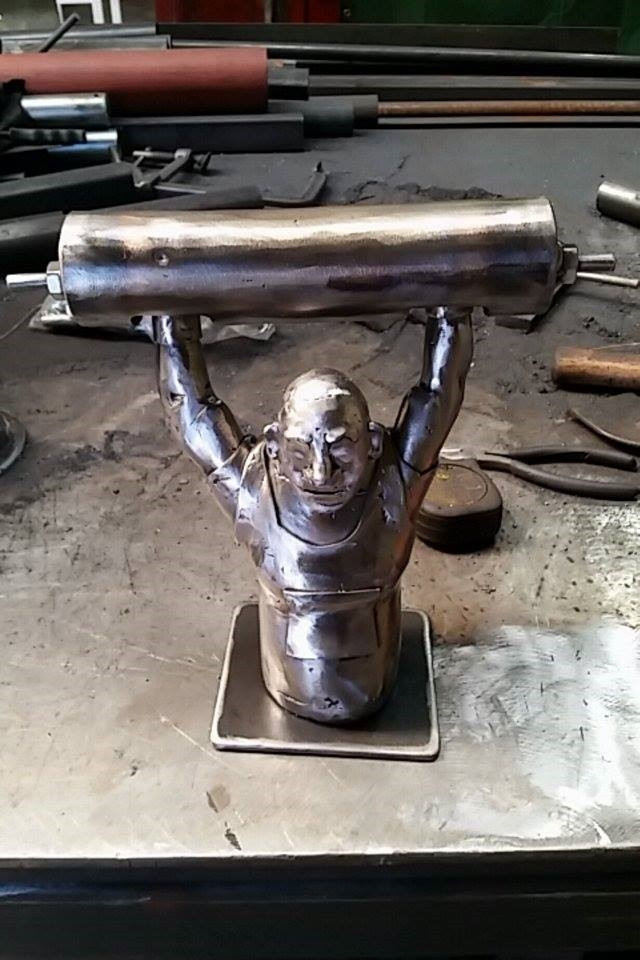 The UK's first disabled strongman event is due to take place on Saturday (August 29) at the Northwood Stadium in Stoke-on-Trent, it has been announced.

Founded by British strongman Gary Clarke, the competition will feature six disciplines and be judged by Icelandic star Magnús Ver Magnússon, a four times winner of the World's Strongest Man.

Up for grabs will be the Arnar mar Jonnson trophy, named after the man who created the World's Strongest Disabled Man event alongside Ver Magnússon.

Clarke, 37, from Somerset, began devising his own event after noticing a gap in the market in the UK.

"I've competed in disabled strongman competitions around the world for a number of years and was always disappointed that, even after the Paralympics, there was nothing like this at home," he said.

"Last year Magnús Ver Magnússon, four-time World's Strongest Man winner, said I should bring the event to the UK, and here we are.

"It has been a lot of hard work, but it will hopefully be worth it when we raise the profile of disabled strongman competitions in the UK."

The event is supported by two-times winner of Britain's Strongest Man, Laurence Shahlaei, and will be hosted by MC Les Wilson.

Impey Showers are sponsoring the competition and its brand manager Neil Whitehead said: "We have sponsored Gary's strongman efforts around the world for a number of years, and knew that we wanted to be involved in bringing this great event to the UK.

"We want to help Gary raise the profile of disabled strongmen in Britain and this is a great first step in doing so."

The event takes place between 11.30am and 3.30pm and tickets, which are free, are available from here.