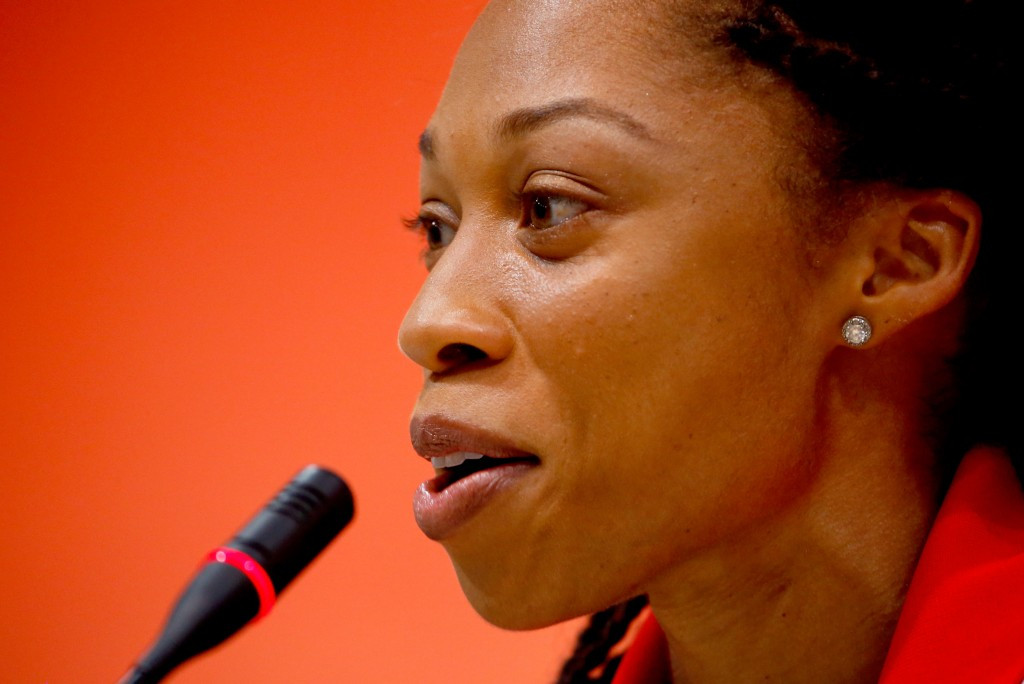 Thomas Bach held out hope to Allyson Felix today that she might yet be able to realise her ambition of challenging for both the 200 and 400m titles at next year’s Rio Olympics.

As things stand Felix, who is due to compete over both distances here at the 15th International Association of Athletics Federations (IAAF) World Championships, cannot do the same in Rio as the track and field programme does not allow it.

But Bach responded positively to a question asked on the topic at the IAAF/IOC press conference:

“The Olympic programme has been defined in principle, but if we have a special case where we could help an athlete we should still be ready to discuss it.

“I cannot give you the result up front of such discussions, but we would be ready to reconsider this matter and see how we could or what we could do because this would be not about one event, it would have repercussions on others.”

The track and field programme was similarly altered at the 1996 Atlanta Games, offering Felix’s fellow US athlete Michael Johnson the opportunity of becoming the first man to win Olympic 200 and 400 titles at the same Games - an opportunity he took, clocking a world record of 19.32sec and 43.49 respectively.

Lamine Diack, outgoing President of the IAAF, sounded a little less positive on the subject however, commenting:

“Thomas gave us an answer and there’s nothing to add.

“But if we want to accommodate each and every single athlete it will be very difficult.”

Related stories
November 2012: Bolt and Felix are 2012 World Athletes of the Year
August 2011: I'm outside my comfort zone with the 200 and 400 metre double in Daegu says Felix