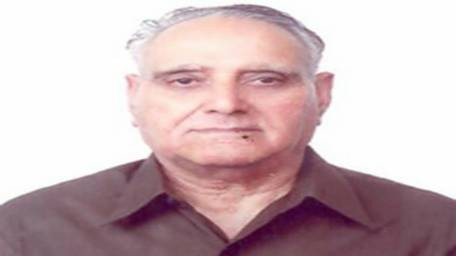 Latif Butt, a respected advisor to Sheikh Ahmad Al-Fahad Al-Sabah, held his position with the POA for 14 years and was a well-known Pakistani member of the Olympic Movement.

“On behalf of the Olympic Council of Asia and on my personal behalf I would like to convey our sincere condolences on the sad demise of our beloved friend and colleague and your father, Mr. Muhammad Latif Butt,” Sheikh Ahmad wrote in a letter of condolence to the POA.

“I have had the pleasure of personally knowing Mr. Butt for a very long time and he was not only a great sports leader but an even better human being and a great friend.

"Everyone who had the pleasure of knowing him would have been touched by his humbleness and warmth.

“Mr. Latif Butt will not only be missed by the people of Pakistan but by the global sports fraternity.”

Latif Butt was a recipient of the Association of National Olympic Committees Merit Award, which recognises outstanding contributions to the organisation, in 1998 and was associated with the Pakistan Swimming Federation as President and general secretary for nearly three decades.

“We are deeply grieved on the sad demise of Latif Butt,” Hasan added in a statement.

“He will always be remembered for his contributions to sports in Pakistan.

“He was well recognised as a great sports leader.”

His family have sent their thanks to those who have offered their condolences.