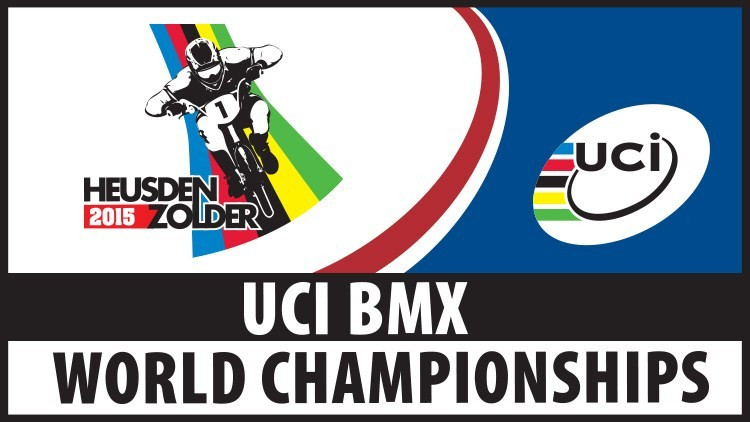 Daudet posted a time of 30.953sec to finish ahead of The Netherlands’ Niek Kimmann in second and the United States’ Connor Fields in third.

Asked if it was a perfect lap, the 24-year-old answered: "Not perfect, but fast enough.

“I made some mistakes but it was pretty good, I enjoyed it.

“I had no idea what the time was of the fastest lap before me, so I did not know what time I had to beat.

“The fastest time got bettered again and again so I just did my best and it worked.”

Daudet, whose margin of victory over Kimmann was just 0.076 seconds, is now eagerly anticipating the elite men’s race tomorrow.

“I'm looking forward to tomorrow as this time shows I'm the fastest man on the track and I just need to do the same thing in the race,” he added.

Meanwhile, Etienne crossed the line in 37.036 to better The Netherlands’ Ruby Huisman by 0.250 seconds, and Russia’s Natalia Afremova by a further 1.05 seconds.

In the elite women’s time trial, 2013 champion Mariana Pajón of Colombia clocked a winning time of 35.518 to stave off the challenge of America's Alise Post and New Zealand’s Sarah Walker, second and third respectively.

"I just like this track, it suits me well,” said Pajón, winner of the elite women’s race in Rotterdam last year, but who had crashed out at the Pan American Games in Toronto last week.

“It's technical and has a lot of jumps in it.

“I was focused and now I'm confident going into the race tomorrow.”

As for the junior men’s competition, the gold medal went to Australia’s Shane Rosa with a time of 32.582.

The action in Zolder is due to continue tomorrow with the elite and junior races for both men and women.