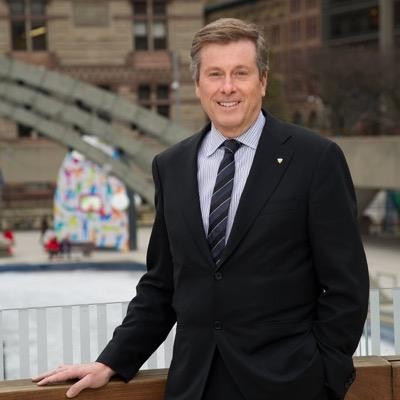 Discussions are underway about whether to press ahead with a 2024 Olympic and Paralympic bid, Toronto Mayor John Tory has revealed, insisting no decision is expected to be taken until after next month's Parapan American Games but one will follow "very quickly" afterwards.

Speaking following a meeting with Ontario Premier Kathleen Wynne, Tory refused to quash the idea of an immediate bid for the 2024 Games with less than two months to go until the International Olympic Committee's (IOC) September 15 deadline for officially submitting interest.

“There’s a whole variety of international events and sporting competitions that we’re now in a position to host - which I think is good for Toronto, good for Ontario and good for Canada," Tory said.

"The Olympics is one of those, obviously, of which there is great discussion.

“But the time to make any decision with respect to whether to go forward with that is after these Games are successfully concluded.

“We have another set of Games that are very important, in Parapan, to carry out and then to sit down and talk about these things together, as we will, and decide what’s best in terms of what we go forward with - whether it’s an Olympic bid or a host of other things."

When pressed as to how likely it was, he added: "I guess everything's on the table until you take it off the table."

They will have to discuss its affordability and exactly what benefits it will bring the city, he explained.

The city, second behind Beijing in the race for the 2008 Games which was awarded in 2001 and third behind Atlanta and Athens in the battle for 1996, appeared to have no prospects of launching such an attempt 18 months ago when an Economic Development Committee voted unanimously to defer a bid.

Both bidding and preparing for the event was seen as far too expensive, with Tory's Mayoral predecessor Rob Ford predicting it could be "15 years at least" before the city would realistically consider hosting the Olympics.

A number of factors have encouraged a change in thought, including the success of the Pan American Games here as well as the IOC's Agenda 2020 reform process, which allows hosts more flexibility in drawing up a bid which best suits local demands.

Figures including Tory and Canadian Olympic Committee President Marcel Aubut spoke optimistically to IOC President Thomas Bach when he attended the Olympic Excellence Day in Montreal shortly before the Opening Ceremony on July 10.

Interest has continued to build here over the last two weeks.

Many people still believe a bid for the 2028 edition would be more realistic, but an earlier attempt could be a way to gain experience in the Olympic Movement and bidding process a generation on from Toronto's last attempt.

Problems currently being experienced by United States contender Boston may also have encouraged Canada's largest city to throw its hat into the ring more immediately.

Many believe the city already has much of the infrastructure in place to host an Olympics, with the Pan American Games having been praised for their organisation as well as the support received from the local population.

The fear is that once the immediate glow of the Pan American Games has died down, it is possible momentum could subside and an opposition movement could build, with some believing a Calgary bid for the 2026 Winter edition would be a more realistic choice.

The influence of NBC, the American giants who hold Olympic broadcasting rights until 2032, could also be a challenge, as a successful Canadian bid would presumably mean no Summer Games on US soil for another generation.

As well as Boston, a potential Toronto effort would face opposition from Paris, Rome and Budapest, the respective capitals of France, Italy and Hungary, as well as Germany's second-city Hamburg.

Baku in Azerbaijan is also thought likely to join the race following the success of last month's European Games.

A final decision as to who will host the Games is due to be made at the IOC Session in Lima in 2017.