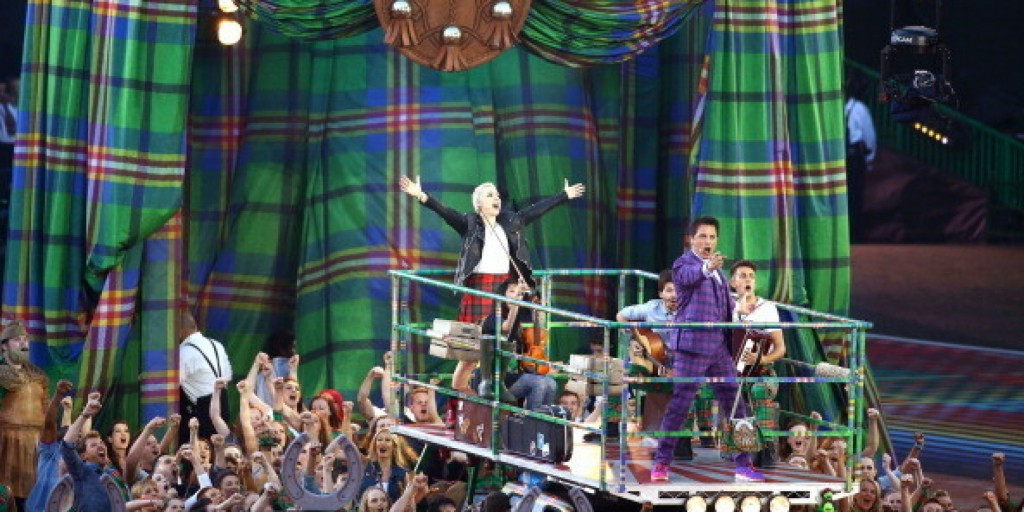 Last year’s Commonwealth Games in Glasgow provided a multi-million pound boost boost to the city’s economy but Scotland as a country did not enjoy any significant financial advantages, according to official estimates published today to coincide with the first anniversary of the Opening ceremony.

The event, which was opened by the Queen at Celtic Park, attracted around 690,000 unique visitors, whose spending contributed, in net terms, around £73 million ($114 million/€104 million) to the economy in 2014.

It claims, however, that the £425 million ($663 million/€603 million) of public money poured into the Games would have had roughly the same economic impact if it had been spent on other things.

“The results of this analysis suggest at the Scotland level, the immediate economic impact of the delivery of the Games is broadly similar to the impact of…standard Government expenditure,” it states.

The report claimed, however, that the economic legacy of the Games may improve with time, as existing arenas and stadia are used to host other events and the benefits of regeneration and improved infrastructure are felt.

As well as the financial impact of the Games, the report also considers the effect of the event on tourism, regeneration, civic pride and culture.

Although Scotland fielded its largest ever team at a Commonwealth Games in 2014, winning a record 53 medals, including 19 gold, in the process, the report concludes that it is “too early to say” whether increases in sporting participation among the Scottish public recorded in 2012 and 2013 have continued in the wake of the event.

Describing attempts to increase people’s physical activity as a “long term generational challenge”, it adds: “Population activity levels are affected by a range of individual and environmental factors.

"The wider trends in transport, occupational changes and technological changes are challenging.”

it did report that the early signs are promising, though, with increases in the number of people taking part in sports such as netball and gymnastics.

Attendance at leisure facilities has also increased year on year in Scotland since 2010-2011, with Glasgow’s figures above the average.

The report adds that residents of Glasgow’s East End, where much of the regeneration activity was focused, had welcomed the “physical improvements” to their neighbourhoods and felt safer living there than they had before.

Scotland's First Minister Nicola Sturgeon marked the one-year anniversary by attending the opening of Glasgow’s Crownpoint Sports Complex, which has inherited the running track used at Hampden Park stadium during the Games.

Around 350 young people took in the opening event of the city’s Anniversary Games, a free 11-day sporting festival.

"The 2014 Commonwealth Games was an unforgettable event and a resounding sporting success," said Sturgeon.

"Widely regarded as the best Games in their history, it was a chance for Glasgow and Scotland to show the world the very best that we have to offer.

"But as this evaluation report also shows, the Games were about far more than two weeks of great sport.

"The economic, cultural and regeneration benefits have been significant.

"More than 11,000 young people across Scotland have benefited from Games-related employability programmes. In excess of 20,000 opportunities to take part through volunteering were created - at the Games themselves, the ceremonies, in Glasgow City at Games time and through the Glasgow 2014 Cultural Programme.

"Along with our partners, we've always been determined to ensure that there is a lasting legacy to the Games that starts in the East End of Glasgow and stretches well beyond.

"We now have 60 national legacy programmes in place, with the latest, a leadership programme for young people called 33Sixty, being announced today.

"Through these schemes we are funding, encouraging and promoting programmes large and small in communities right around the country, and ensuring that the benefits of the Games will be felt for many years to come."

Louise Martin, chairwoman of SportScotland, the national agency for sport, and honorary secretary of the Commonwealth Games Federation, claimed there was no doubt Glasgow 2014 had been "incredibly successful".

She added: "As well as raising sport's profile in Scotland there are a number of positive indicators suggesting there has also been a significant boost for community and performance sport for the country.

"Facilities, both for community and high performance use, have improved substantially across Scotland and we are connecting those improved facilities and the growing number of coaches to the schools and clubs in our communities, which is helping to grow capacity in Scottish sport."

Read the full report An Evaluation of Legacy from the Glasgow 2014 Commonwealth Games.pdf.