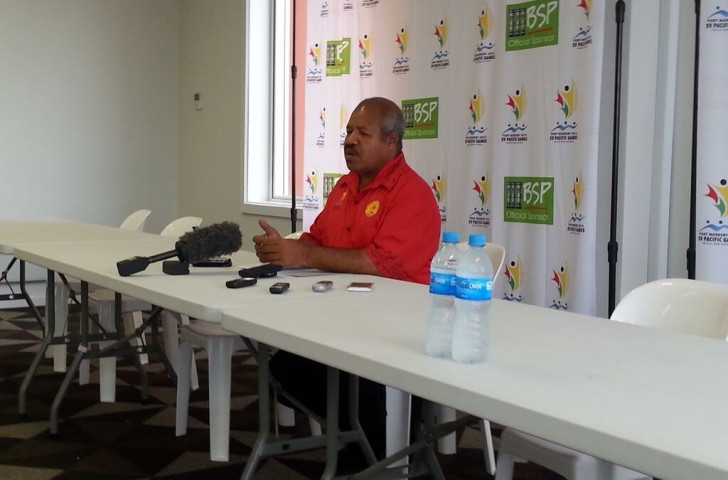 Port Moresby Governor Powes Parkop today called for the Papua New Guinea Olympic Committee (PNGOC) to push for inclusion on the Asian Games programme and claimed the country “could and should” bid for the Commonwealth Games as early as 2026.

Speaking at a press conference here, Parkop claimed competing in the Asian Games is essential for the development of their athletes after what he called a “highly successful" Pacific Games, which are due to come to a close on Saturday (July 18).

He also backed Sports Minister Justin Tkatchenko, who said on Tuesday (July 14) that the nation was “ready” to become the first Pacific island to host the Commonwealth Games, as he feels Papua New Guinea "could and should bid” for the 2026 event.

Along with 16 other Oceania nations, Papua New Guinea will compete in the 2017 Asian Indoor and Martial Arts Games in Ashgabat, Turkmenistan, but Parkop urged the country to aim even higher and lobby to be a part of the full Asian Games.

The Olympic Council of Asia President Sheikh Ahmad Al-Fahad Al-Sabah last year raised the prospect of countries from Oceania taking part in more events, including the Asian Beach Games and Asian Winter Games, and one day the Asian Games themselves.

“We would all like to see Papua New Guinea participate in the Asian Games,” Parkop said here.

“Papua New Guinea must look at the bigger picture and we should bid to become part of the Asian Games so we can compete there.

“The Asian Games are like the Olympic Games and have all the best countries competing like China, Japan and South Korea.

“We won’t turn our back on the Pacific Games.

“But in terms of building a pathway for our athletes I think the PNGOC should think about becoming a member of the Asian Games.”

He even claimed the Pacific Games' Village is better than the one used in Glasgow last year.

“Once the 2022 host city has been awarded, perhaps the Government will think about a bid,” he added.

“With the growing economy and our experience in hosting the Pacific Games I don’t see why we can’t host it.

“We can bid for the one after the 2022 Games and we should bid for it.

“It’s about time the Commonwealth Games came to the Pacific.”

Samoa are due to host the upcoming Commonwealth Youth Games, scheduled to begin on September 5 and last until September 11.

The Gold Coast in Australia are due stage the next edition of the Commonwealth Games, in 2018.

A Pacific island has never hosted the Games before, although it has been staged in Australia on four occasions and New Zealand three.

The 2022 version, meanwhile, seems certain to be awarded to an African country for the first time with Durban the only bidder following the withdrawal of Edmonton in Canada.