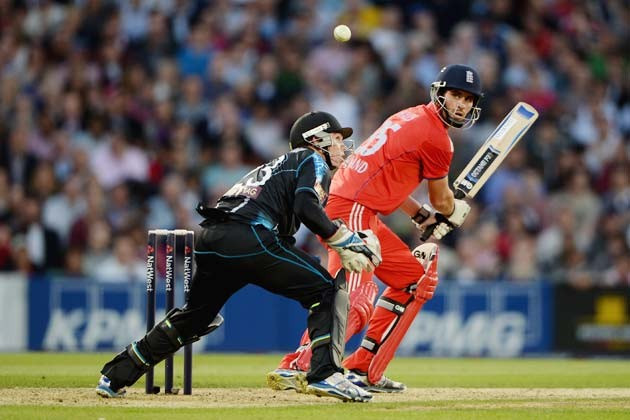 A prominent Marylebone Cricket Club (MCC) committee has come out strongly in favour of launching a bid to have the sport restored to the Olympic Games.

The MCC World Cricket Committee - an independent body chaired by former England captain Mike Brearley and comprising more than a dozen current and former cricketing greats, including Sri Lanka's Kumar Sangakkara, South Africa's Shaun Pollock and Australia's Ricky Ponting - said it was “unanimous in its belief that every effort should be made to make cricket an Olympic sport”.

It urged “all governing bodies around the world” to get behind such a bid, arguing: “The Olympics is a fundamental opportunity for cricket - in both the men’s and women’s game - and with a global reach, such a presence would expose the game positively to new markets.”

While such a ringing endorsement from a group comprising so many household names will encourage those keen for the sport to return to the Games for the first time since 1900, the Committee has no powers to oblige decision-makers to act on its recommendations, and powerful forces in the game are believed to remain opposed to the move.

Cricket was one of only seven International Olympic Committee-recognised non-Olympic sports out of 33 that have not applied to be on the programme for Tokyo 2020.

Last year, Randhir Singh, secretary general of the Olympic Council of Asia (OCA), criticised India’s refusal to back the campaign to try to get the sport back in the Games.

It was said at the time that The Board Of Control For Cricket In India (BCCI), the sport’s most powerful governing body, were refusing to support it over fears it would jeopardise their autonomy.

The inclusion on the Olympic programme of cricket’s new short-form Twenty20 format would dramatically boost the appeal of the Games in the heavily populated and increasingly economically vibrant Indian sub-continent.

Meeting at Lord’s, the venerable cricket-ground in London which is owned by the MCC and served as archery venue for London 2012, the Committee said it was “encouraged” by the “openness” of England and Wales Cricket Board chairman Colin Graves and chief executive Tom Harrison to the idea of cricket in the Olympics.

“They clearly believe that if cricket thrives worldwide, this is good for cricket in this country,” the Committee said.

It argued that, with three International Cricket Council (ICC) events taking place in every four-year cycle, “the opportunity exists for cricket to be included in sport’s ultimate global showpiece without detracting from its successful tournaments in traditional cricketing markets.

“Competing in an Olympic Games would be a huge opportunity for players, a massive boost to developing cricket nations and give much greater exposure for the sport to a new audience,” it said.

The Committee also made the point that Government funding in many countries was “specifically linked to a sport’s Olympic status”.

Inclusion in the Games would therefore “unlock investment to the sport’s governing bodies in ICC associate and affiliate countries”.

The Committee concluded by urging the ICC board to “reconsider its position and take a decision [the Committee] believes is in the best interests of the global game.

“This would need to be done in the next 12 months for cricket to have a chance of being included in the 2024 Olympics.”

At the 1900 Games, a single match between Britain - represented by a team from Devon and Somerset Wanderers - and hosts France decided the gold medal.

With Paris among the candidates to host the 2024 Games, a serious campaign by the sport for a second Olympic innings would raise the prospect of Britain seeking to defend its Olympic title in the same city where it claimed the gold medal 124 years earlier.

Related stories
June 2014: Indian refusal to back Olympic cricket bid criticised by Singh
May 2013: Philip Barker: Could cricket clear the Olympic boundary in 2024?
February 2013: Cricket would receive "boost worldwide" if it was included in 2024 Olympics says MCC
August 2012: MCC back plan for cricket to bid for Olympic status
March 2012: Exclusive: Cricket will appear at the Olympics predicts ICC chief