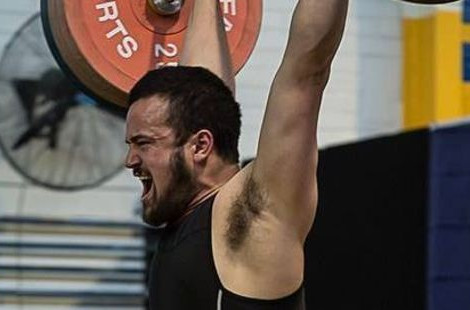 Weightlifter Douglas Sekone-Fraser has withdrawn from the New Zealand team at the Pacific Games after he posted pictures of local people dressed in traditional Papua New Guinean clothing with the hashtag "#cannibals" on social networking site Instagram ahead of the Port Moresby 2015 Opening Ceremony.

Sekone-Fraser, part of the 35-strong New Zealand weightlifting contingent and who was due to compete in the 85 kilogram category, caused outrage by posting the comment and as a result, he has opted to return home.

The “cannibals” slur refers to an ancient ritual of the Korowai tribe from Indonesian New Guinea, who reportedly still engage in the practice of cannibalism to this day.

In a statement, the New Zealand Olympic Committee (NZOC) said they were “deeply disappointed” by Sekone-Fraser’s comments and spokesperson Ashley Abbott confirmed to insidethegames that he was not sent home but withdrew of his own accord.

“The New Zealand Olympic Committee was deeply disappointed to see the inappropriate social media posts made by a member of the New Zealand team at the Pacific Games in Papua New Guinea,” an NZOC statement read.

“The NZOC has formally and unreservedly apologise for any offence these comments have caused our host nation and our fellow competitors at the Pacific Games.

“The comments do not in any way reflect the thoughts of the wider New Zealand Pacific Games Team who have had enjoyed a warm and welcoming experience in Port Moresby.

“The athlete concerned has wholeheartedly apologised to the team and the host nation.”

New Zealand, along with Australia, are competing at the Pacific Games for the first time in the event's 52-year history and the post will have come as a blow to the Pacific Games Council (PGC), who along with the Oceania National Olympic Committees (ONOC) had worked hard to get the two countries involved in the competition.

As well as weightlifting, they are also participating in sailing, taekwondo and rugby sevens, while the New Zealand men’s football team are taking part in the Olympic qualifier being staged here.

The news taints New Zealand’s debut at the Pacific Games, which has been 10 years in the making according to ONOC President Robin Mitchell.

“We received a formal apology from the NZOC, which the PGC and Games Organising Committee accepted and we have been advised of the disciplinary action,” PGC executive director Andrew Minogue told insidethegames.

“We are quite satisfied with the steps that have been taken.

“The PGC will be providing no further comment at this time.”