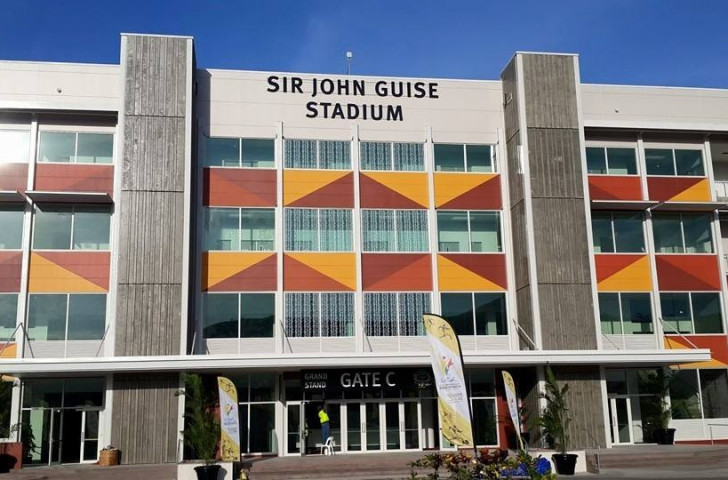 The Closing Ceremony of the Pacific Games here will be held at the Sir John Guise Stadium after Bisini Sports Grounds and the Sir Hubert Murray Stadium were not deemed to be ready to stage the event, Pacific Games Council executive director Andrew Minogue told insidethegames.

The Ceremony, due to take place on July 18, had originally been planned for the Bisini Sports Grounds, where a rugby league stadium will be built following the conclusion of the Games.

It has not been declared fit to stage the Closing Ceremony, although it will still host preliminary football matches, as well as cricket, softball and lawn bowls.

The venue, which Papua New Guinea's Sports Minister Justin Tkatchenko described as "a mess six months ago" has undergone a large-scale transformation, but has still attracted criticism for its lack of grandstands.

The Sir Hubert Murray Stadium was then proposed as an alternative but concerns over its readiness meant Port Moresby 2015 decided instead to have the Ceremony at the Sir John Guise Stadium, which will stage the Opening Ceremony tomorrow.

“Our original plan was to hold it at Bisini Sports Grounds and we thought that we would have the Ceremony there but it is not ready,” Minogue told insidethegames.

“The Sir Hubert Murray Stadium was identified as an alternative but that’s not complete.

“We are now back at Sir John Guise, which no one is unhappy about as it is the premier stadium of the Games.

“It would have been nice to use them all and to use one of these venues for a big occasion like the Closing Ceremony.”

Minogue also confirmed that despite not being ready to stage the spectacle which will bring the 15th Pacific Games to a close, the Sir Hubert Murray Stadium, where construction is behind schedule, is “99 per cent certain” to hold the football finals.

Concerns have been raised in the build-up to the event that the grass is not suitable, prompting complaints from the New Zealand team, who will compete in the Olympic qualifying tournament here.

The proposal to have the main matches at the venue has been approved by the Oceania Football Confederation (OFC) and Minogue expects competition to take place there as planned.

“The Organising Committee are happy with things at the moment and they have written to the OFC to say they are ready to host matches at the Sir Hubert Murray Stadium,” he said.

“It’s 99 per cent certain that the big football matches will happen there and it will come down to pitch inspections and technical things like that.”