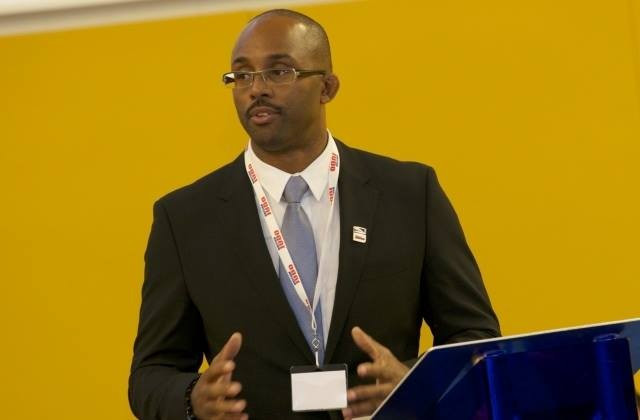 Kerrith Brown has stepped down as chairman of the British Judo Association (BJA) to become President of the International Mixed Martial Arts Federation (IMMAF).

The IMMAF are a partner of the Ultimate Fighting Championship (UFC), whose controversial sponsorship of the 2015 European Judo Championships led to Glasgow being stripped of the event.

The IMMAF made the announcement following the unanimous election of Brown at a Board vote in Berlin on June 20.

This latest appointment followed Brown's decision to step down as chairman of the BJA on Tuesday (June 30) due, to what he claimed, are ideological differences with the leadership of the EJU and the International Judo Federation (IJF) around the values of mixed martial arts (MMA).

“I do not feel the sports values that I deeply believe in are currently represented by the EJU or the IJF," said Brown.

"It has reached a point where my position as chairman of the BJA has become untenable, and I do not wish to create further conflict for British Judo.

"I am passionate about martial arts and I am a fan of MMA, which has a legitimate place in the martial arts family.

"MMA also provides the opportunity of a professional pathway for amateur sports athletes as has been most iconically demonstrated by judoka Ronda Rousey, former Olympic bronze medallist.

"A similar path is available in boxing and I would have welcomed such a career pathway myself as an Olympian.

"Conversely judo is just one aspect of an MMA match and provides a fantastic foundation for the sport.

"Through the UFC, MMA has attracted an unrivalled fan base to martial arts.

"I feel sorry that politics has driven a wedge between these two sports in Europe, when they have so much in common, so many shared values and so much to offer each other."

The UFC was confirmed as a partner of the 2015 European Judo Championships in early February, taking on responsibility for branding, marketing and promoting the event to its audience of MMA.

But, less than two weeks after the announcement, the EJU claimed the sponsorship did not meet their “values” and removed Glasgow of its hosting rights only eight weeks before the Championships had been due to take place at the Emirates Arena from April 9 to 12.

The UFC dropped its sponsorship but the EJU still withdrew the event from Glasgow and instead awarded it to Baku, where it was held as part of last month’s inaugural European Games.

IJF President Marius Vizer had warned last year that a migration of judokas to other sports would represent a "spiritual contamination" of the sport amid fears that top stars were being lured to MMA.

Vizer resigned as President of SportAccord in May after opposition to his leadership grew following criticism of the International Olympic Committee (IOC) and its President Thomas Bach during his opening remarks to the SportAccord Convention in Sochi.

"I would like to make it very clear that I do not support Marius Vizer's opinions cited at the Sochi Convention regarding the International Olympic Committee," said Brown.

"IMMAF fully supports the work of the IOC and Olympic values.

"As IMMAF President I hope to bring my sports administration and Olympic sport experience to bear on the obstacles that MMA faces.

"I am also looking forward to listening and learning from the MMA community and working hard to maintain the integrity that has made MMA so popular and trusted.”

Brown was appointed chairman of the BJA in 2012 despite having been the first British athlete to be stripped of an Olympic medal after testing positive for banned drugs.

He lost the bronze medal he had won in the lightweight division at Seoul in 1988 after testing positive for furosemide, a diuretic.

Under Brown, the BJA has lent professional sports consultancy and support to the development of the United Kingdom Mixed Martial Arts Federation (UKMMAF), to enable its application for official recognition by Sport England.

It was through this relationship that Brown was recommended for and voted to a position on the IMMAF Board in October 2014 since when he has featured notably in the successes of IMMAF.

When President Bertrand Amoussou recently elected to step down due to family and work commitments, vice-president George Sallfeldt proposed Brown as his replacement and garnered undisputed affirmation from the Board.

Brown has been replaced as interim chairman of British Judo by Ronnie Saez, who had been serving as the vice-chairman.