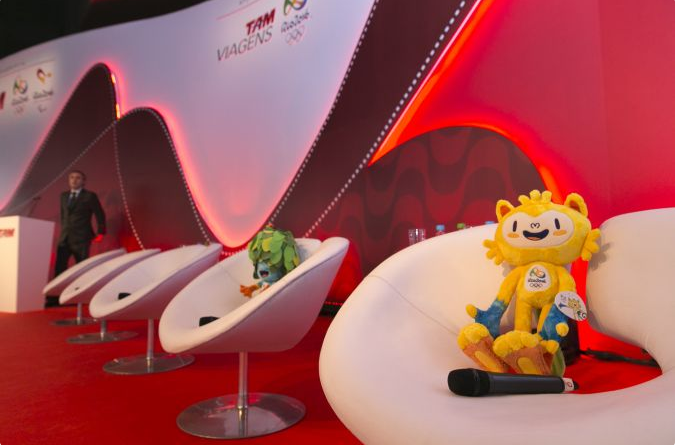 TAM Airlines and TAM Travel have each been unveiled as the latest sponsors of the 2016 Olympics and Paralympics in Rio de Janeiro, assuming responsibility for transporting the Olympic Torch on its Relay journey as well as exclusively organising Games hospitality packages in the host country.

The two Brazilian-based companies, which both belong to LATAM Airlines, will each play a major role in facilitating the movement of all those involved, from Rio 2016 workers to spectators.

TAM Airlines will act as Official Airline, a role which will include transporting the Torch throughout its journey following a traditional lighting ceremony in Ancient Olympia in Greece next year.

TAM Travel, meanwhile, will be responsible for the 2016 Olympic Games National Hospitality and Travel Programme.

Along with their sales agent, IMM, this will include exclusive rights to sell Olympic Games hospitality packages in Brazilian territory, offering special itineraries within the country and services ranging from air transport to accommodation, land transfers and the sale of tickets to watch the Games.

"We are pleased to have the support of two companies who are leaders in the Brazilian travel and transport industries in our mission to deliver an excellent and memorable Games," said Rio 2016 President Carlos Nuzman at a special unveiling ceremony to mark the announcement of the deal.

"The extensive reach and expertise of TAM and TAM Viagens will be a great help to us in the task of providing an outstanding experience for the thousands of tourists who will come to Rio for the biggest sporting event on the planet.”

LATAM Airlines Group, the result of a merger between LAN and TAM Airlines in 2012, is among the largest in the world, with a fleet of 315 aircraft providing passenger transport services to approximately 135 destinations spanning 24 countries, and cargo services to almost 150 destinations across 26 countries.

"We are the Official Airline of this great event," added TAM chief executive Claudia Sender.

"We are well prepared and are honoured to have been given the responsibility of connecting people to the Games.

"We stand for quality and safety, working to the highest standards of excellence and providing a responsive, effective and complete service to our passengers, 24 hours a day."

TAM Travel's Hospitality and Travel Programme is being hailed as the "complete Olympic experience", taking advantage of IMM, the sports and entertainment company which also sold packages ahead of London 2012, as their exclusive sales agent.

A period of pre-sale reservations is due to open next Monday (July 6), offering priority to companies wishing to secure their itineraries and tickets in advance.

Corporate sales will then begin in October, with wider packages due to be rolled out after that.