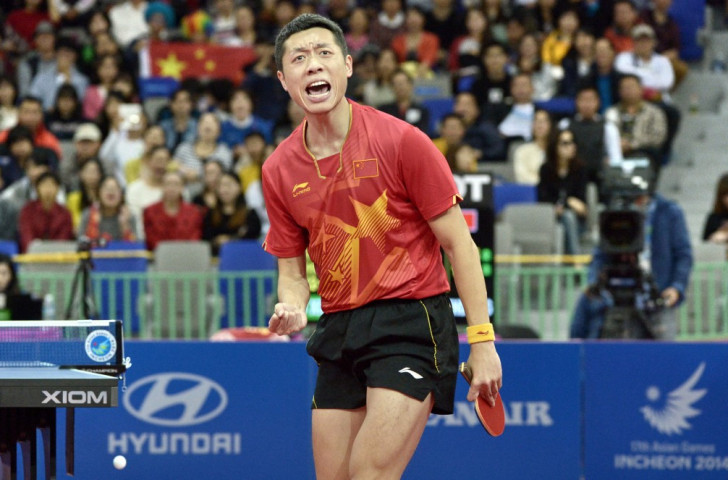 The win for the world number two ensured he maintained his excellent form from the recent World Championships, where he was victorious in both the men’s doubles, with partner Zhang Jike, and the mixed doubles with South Korea’s Yang Ha-eun.

“This is my first Japan Open, so it is very special for me to win here,” he said.

“He is still young and is going to be a big rival to me and the Chinese team in the future.

"He surprised me in the first set, and the large crowd supporting him put me off my game a little.

“I made some adjustments in the second game and I was very relieved when I won it, to make it 1-1, as then I believed I could win.”

It had been a difficult tournament for the world’s top player as Ma suffered an early singles exit, losing in the second round, but he made sure he finished in style with a five-game win alongside teammate Xu.

Elsewhere, Chen Meng made up for the disappointment of not being selected for singles competition at the World Championships, claiming a shock success over team-mate Zhu Yuling.

“To win the tournament is very important, but more than that, is to improve as a player in each match, which will hopefully lead me to becoming the world champion one day," she said.

"I am happy to win this championship.

“My last two matches were very tough, this victory will give me a lot of confidence in the future.”

China then sealed a clean sweep of victories as Liu Fei and Wu Yang proved too strong for the Singaporean duo of Zhou Yihan and Lin Ye as they marked their first tournament together with a 11-6, 7-11, 11-9, 11-5 win in the women's doubles event.