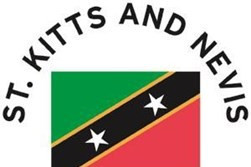 The St Kitts and Nevis Olympic Committee (SKNOC) are set to launch their nine-year strategic plan ahead of a busy period for the organisation.

With the help of facilitator Dr Peter Davis, the governing body will begin with working sessions, due to be held today, which will determine the content of the plan.

It is hoped it will help with the sporting development of the nation ahead of major Games, including next year’s Olympics in Rio de Janeiro, and the plan will run until 2024.

The announcement comes before SKNOC release details of their team for the Pan American Games in Toronto, due to be revealed tomorrow.

The event, scheduled to take place from July 10 to 26, is expected to be attended by recently-elected President Timothy Harris, along with Deputy Prime Minister Shawn Richards.

Following the announcement of the Pan American Games team, SKNOC will present the St Kitts and Nevis Amateur Athletics Association (SKNAAA) with a cheque for $50,000 (£32,000/€44,700) in order to help with costs surrounding the CARIFTA Games, which took place in the nation in April.

SKNOC are due to officially put the brand new Toyota Bus into service, funded by money from Olympic Solidarity.

The news follows celebrations held to mark Olympic Day, which included a traditional run around the nation and other activities such as worships at various different churches.

“It is the very first Olympic celebration we shall experience since the passing, earlier this year, of the indomitable spirit and titanic sports figure of Don Mario Vasquez Rana, President of the Pan American Sports Organization, and President of the Association of National Olympic Committees among other leadership positions,” he wrote.

“We shall miss the imposing yet reassuring presence Don Mario, his passion for sports in general and anything related to the Pan American family, in particular; his obstinacy of purpose, his perennial pride, his negotiating prowess, his financial prudence and his abiding penchant for loyalty.”