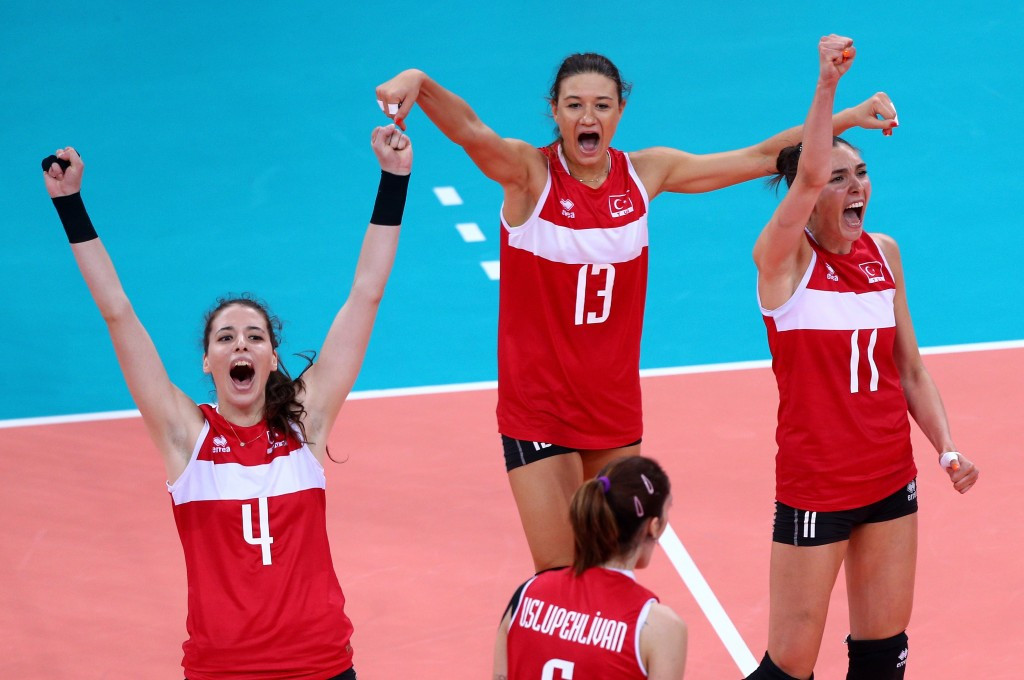 The Turkish women’s volleyball team had vowed to “fight” to earn European Games gold here today against a Polish team that had beaten them 3-2 in the qualifying stages – but that did not turn out to be necessary as they disposed of their opposition in straight sets.

The 25-11, 25-19, 25-13 victory sparked thunderous celebrations from a crowd that had switched allegiance after seeing Azerbaijan’s women beaten 3-2 in their earlier bronze-medal match against Serbia.

Turkey raced into a five-point lead early in the first set and never let it slip as they dominated from the opening minutes of the game, with Kubra Akman and Polen Uslupehlivan - producer of killing spikes - being their outstanding performers.

Poland responded in the second set as the two teams played out a series of lengthy rallies, but Turkey were not in the mood to be denied.

Polish libero Agata Sawicka was forced out of the game late in the third set after painfully twisting an already heavily-bandaged left knee, as her demoralised team-mates struggled to find their rhythm.

Turkey showed no mercy as they proceeded to secure the final set, although all the team members took time out of their celebrations to offer words of comfort to the stricken Sawicka as she was being treated alongside the court.

"The game came out to be much easier that we expected," a delighted Uslupehlivan said.

"We started well and continued like that throughout the game.

“Actually, we improved our play match after match at the European Games."

After the game, Neriman Ozsoy paid tribute to her team-mates: "They all played with the Turkish flag in their hearts.

“I saw Poland without motivation today but they are all really good players.

Ferhat Akbas, coach of the Turkish team, commented: "I am proud of the team, they all played great.

“I was expecting a difficult match because the Polish team has some experienced players but we dominated the game and we are very happy."

A dissatisfied Jacek Nawrocki, Poland's coach, said: "We are very disappointed with our performance.

“We were very poor.

“But overall in the tournament, we are happy to finish in second place and win the silver medal."

Anna Werblinska managed to find a silver lining among the clouds: "This was the biggest success for the Polish female volleyball team since six years ago at the European Championships in 2009.

“But we still believe this was the weakest of our matches here, we make a lot of mistakes."