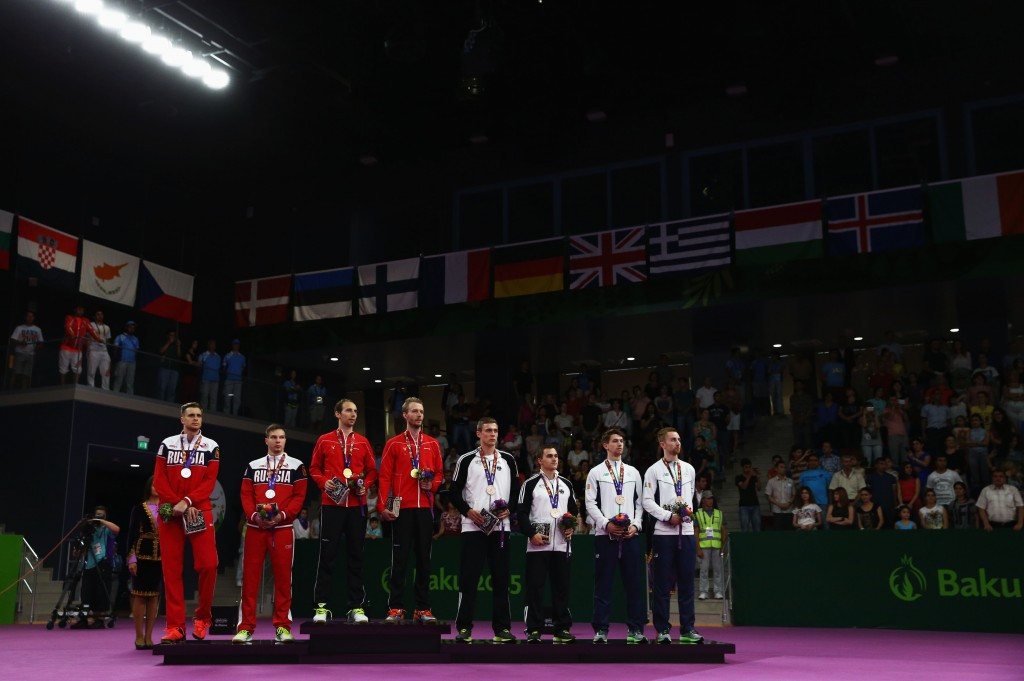 Their gold medal match against Vladimir Ivanov and Ivan Sozonov was billed as a tight encounter, as the Russians had beaten Boe and Mogensen enroute to gold at last year’s European Championships, only for the opposite to be true.

The Danish pairing, perhaps smarting from that defat, began quickly and opened up comfortable lead over Ivanov and Sozonov, with their superior returning a key component.

They wrapped up the first set 21-8 and their dominance continued into the second set, in which they once again moved clear of their rivals before completing a 21-8, 21-13 victory.

Having been beaten in the semi-final, Germany's Raphael Beck and Andreas Heinz claimed bronze, along with Ireland's Sam and Josh Magee.

In the women’s doubles competition top seeds and sisters, Gabriela and Stefani Stoeva, won Bulgaria’s first gold medal of the Games having beaten Russia’s Evgeniya Kosetskaya and Ekaterina Bolotova to the title.

A noticeable moment in the opening set which the Stoeva’s claimed 21-12, saw Gabriela smash the shuttlecock into Bolotova’s face during a point and did not immediately apologise for the shot.

The incident appeared to have garnered a response from the Russian pair.

Yet, despite being much improved in the second set and managing to save four match points, they were unable to prevent the Stoeva’s sisters from winning the match in straight sets. 21-12, 23-21.

“We were focused from the beginning, wanting to be five points ahead of them as soon as possible."

Turkey’s Neslihan Yigit and Ozge Bayrak of Turkey, defeated by the Stoeva’s in the semi-finals, earned bronze alongside Denmark’s Lena Grebak and Maria Helsbol.

Belgium’s Lianne Tan beat Spain’s Clara Azurmendi 16-21, 21-19, 21-13 in the women’s semi-final to set up a gold medal match against Denmark’s Line Kjaersfeldt after she won in straight sets 21-18, 21-14 against Bulgaria’s Petya Nedelcheva.

There will also be Danish representation in the men’s singles final after Emil Holst beat Germany’s Dieter Dome 21-14, 21-15 and will now face Spain’s Pablo Abian, who came from behind to triumph over Lithuania’s Kestutis Navickas 22-20, 21-16, 21-13.