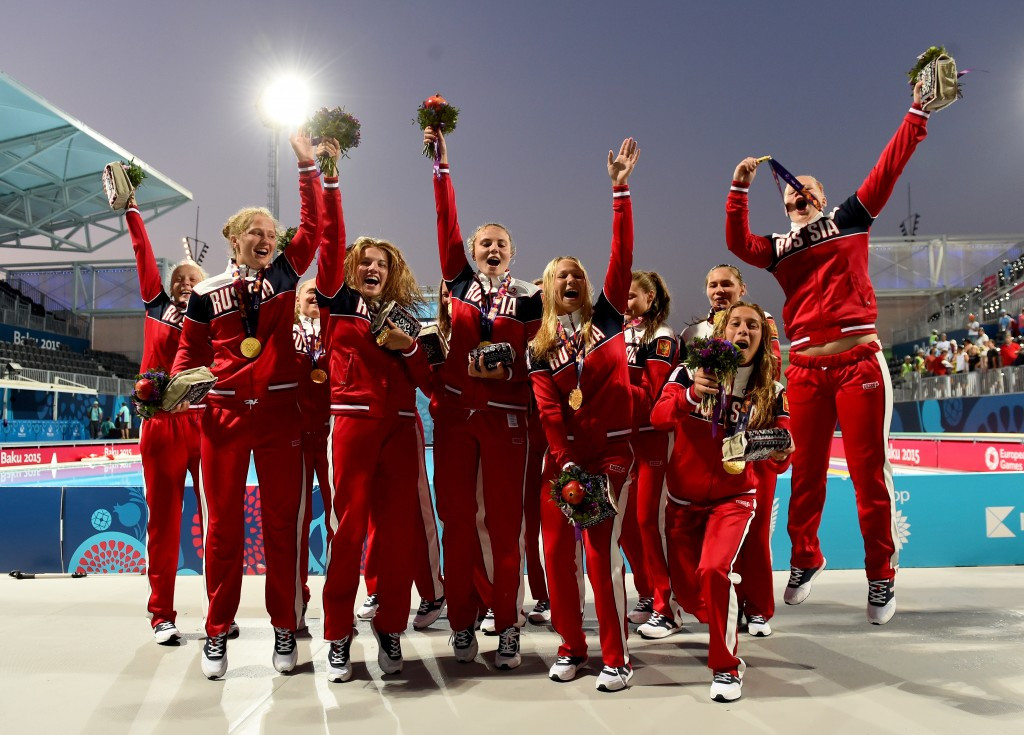 Russia won the women’s water polo competition here today at the European Games after a dramatic penalty shoot-out against Spain.

The teams were tied at 10-10 after four periods before they traded goals back and forth through six players each in the shootout.

Daria Gerzanich’s successfully converted penalty prior to Golovina’s save ultimately proved to be decisive.

Russia had to fight hard to force the match to a shootout as Andrei Belofastov's side found themselves 7-4 behind with just over two-and-a-half minutes remaining on the clock in the second period.

Gerzanich made it 7-5, while Crespi Barriga and Russia’s Aleksandra Zelenkovskaia both scored before the interval to put Spain 8-6 ahead going into the fourth and final period.

Alena Serzhantova pulled a goal back for Russia, swiftly cancelled out by Paula Leiton Arrones, and the same pattern soon occurred again when Spain’s Alejandra Aznar Diez scored just seconds after Polina Kempf to make it 10-8.

Not to be denied Russia continued to plug away and it was Gerzanich who took the game by the scruff of its neck, scoring two goals inside the last two-and-a-half minutes to take the match to penalties.

“We began the game so badly, I don’t know what happened," said Belofastov, who joined his players in the pool after the final penalty.

“The first period, for us, was a disaster, a catastrophe because we gave the ball away, got too many exclusions, and in the second half we changed the tactics.

“The penalties are Russian roulette and today I am happy because we played this game and my young players won this game.”

Greece also recovered from a slow start to build a four-goal lead going into the final period of their bronze medal match against Italy, only to be left hanging on and indebted to their goalkeeper Ioanna Stamatopoulou.

The 17-year-old pulled off a series of stunning saves in the closing stages, including a defiant last stand, to secure bronze with an 8-7 success.

"I think about my coach because he trains us, he gives us motivation," she said.

"He’s our coach, our father.

"That’s why we are such a close team, because we are friends, we are family, and then we are a team.

“He’s the head of the family."

The medal matches in the men's competition are set to take place tomorrow as Spain face Serbia with gold at stake, while Croatia meet Greece in a battle for bronze.