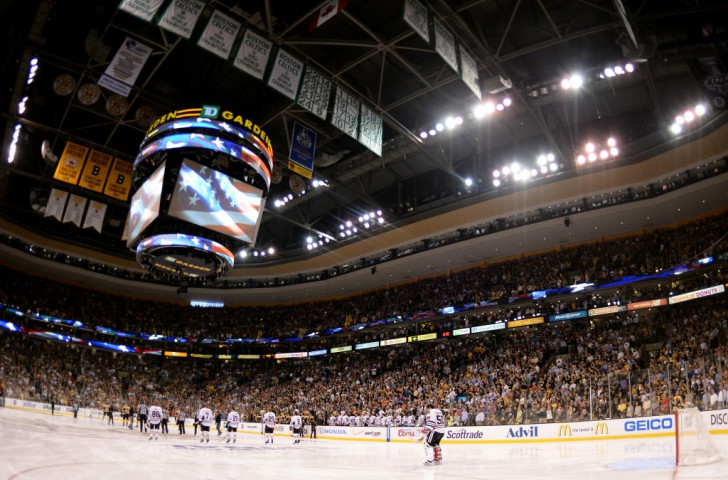 TD Garden has been proposed as the host of the Olympic and Paralympic basketball and gymnastics events while Squantum Point Park will stage beach volleyball should Boston be successful in their 2024 bid, it has been announced.

The developments come as part of Boston 2024’s Games Concept, where they are starting to roll out the plans they intend to implement if they are chosen as the 2024 host city by the International Olympic Committee (IOC).

TD Garden is home to the Boston Celtics and has hosted NBA Championship and NBA play-off matches.

It is considered as one of the city’s premier sporting venues.

The announcement was made at an event attended by new Boston 2024 chairman Steve Pagliuca, the co-owner of the Celtics who replaced John Fish last month, alongside Boston Mayor Martin Walsh.

“TD Garden is a Boston tradition where residents and visitors enjoy cheering on their favourite teams, and now is our chance to cheer for Team USA right here in Boston,” Walsh said.

“I look forward to continuing to work with the community and Boston 2024 to ensure that we are planning a fiscally responsible, privately funded Games that will bring long term benefits to the City.”

Squantum Point Park is located just outside of Boston in Quincy and local residents will be consulted on the proposals in order for organisers to gauge feedback on the idea, with a public meeting reportedly scheduled for July.

The area will undergo renovations including improved walkways, athletic areas and enhanced access to the ferry terminal will be created in what is claimed will be a legacy benefit of the project.

Boston Common had been the original planned host of beach volleyball but that was met with stern opposition from residents.

“Boston 2024 presents a tremendous opportunity for our entire region, an opportunity we all know can only be captured with the active involvement and support of the community,” Quincy Mayor Tom Koch said.

“And to that end, I am pleased that one of the very first things Boston 2024 has done as part of its Quincy venue proposal is to schedule a community meeting to share its vision, answer questions, and address any concerns our residents will have.”

More proposed venues are due to be revealed in the coming months and Boston 2024 have already announced they plan to stage sailing events at Buzzards Bay in New Bedford.

The American city was chosen ahead of Los Angeles, Washington D.C and San Francisco as the United States Olympic Committee’s preferred candidate.

But their bid has come under intense scrutiny, with public support waning due to concerns over usage of taxpayers funds, which goes against their original proposal which put forward the use of private sector money.

“Boston 2024 still can't answer basic questions about how it plans to protect taxpayers from cost overruns and revenue shortfalls,” a No Boston Olympics statement read.

“As long as taxpayers are on the hook, no amount of venue shifting makes Boston 2024 a responsible deal for Massachusetts."

Boston will go up against Rome, Hamburg and Paris, with a bid from the Hungarian capital of Budapest appearing increasingly likely, in their attempt to secure the 2024 Games.

The IOC is due to elect the 2024 Olympic and Paralympic Games host city at its session in the Peruvian capital Lima in 2017.