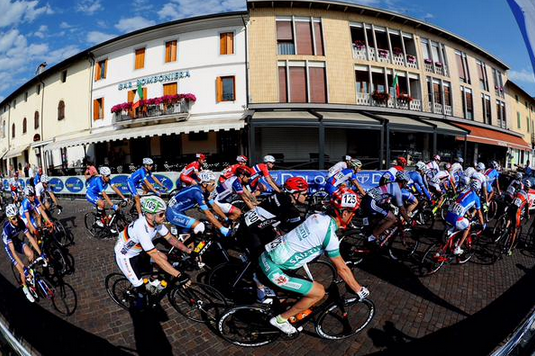 Calcagni clocked a time of 50min 08sec to finish seven seconds ahead of Germany’s Hans-Peter Durst, who earned his second silver medal of the weekend, as South Africa’s Goldy Fuchs completed the podium.

Meanwhile, Porcellato went one better than his silver medal yesterday, fending off the challenge of Poland’s Renata Kaluza, who he lost to in the time trial, and Great Britain’s bronze medallist Karen Darke.

France’s Quentin Aubague backed up his time trial triumph yesterday by winning the tricycle T1 class in a time of 1:02:57.

A minute behind him came Russia’s Sergey Semochkin, and the same podium line-up as the time trial was complete when Czech Republic’s Jiri Hindr sealed third spot.

There was also a second win for Finland’s Teppo Polvi in the hand cycling H1 class as he posted a winning time of 1:30:58.

Czech Republic’s Patrik Jahoda was more than five minutes off the pace in second, with the bronze medal going to Italy’s Milanesi.

In the women’s racing, South Africa’s Justine Asher took the H2 class honours in a time of 39:25, getting the better of The Netherlands’ Carmen Koedood in second, and South Korea’s Mikyoung Jeon, silver medallist in the time trial, in third.

The action in Maniago is due to come to a close tomorrow with races in the C classes, tandem and mixed hand cycling relay.