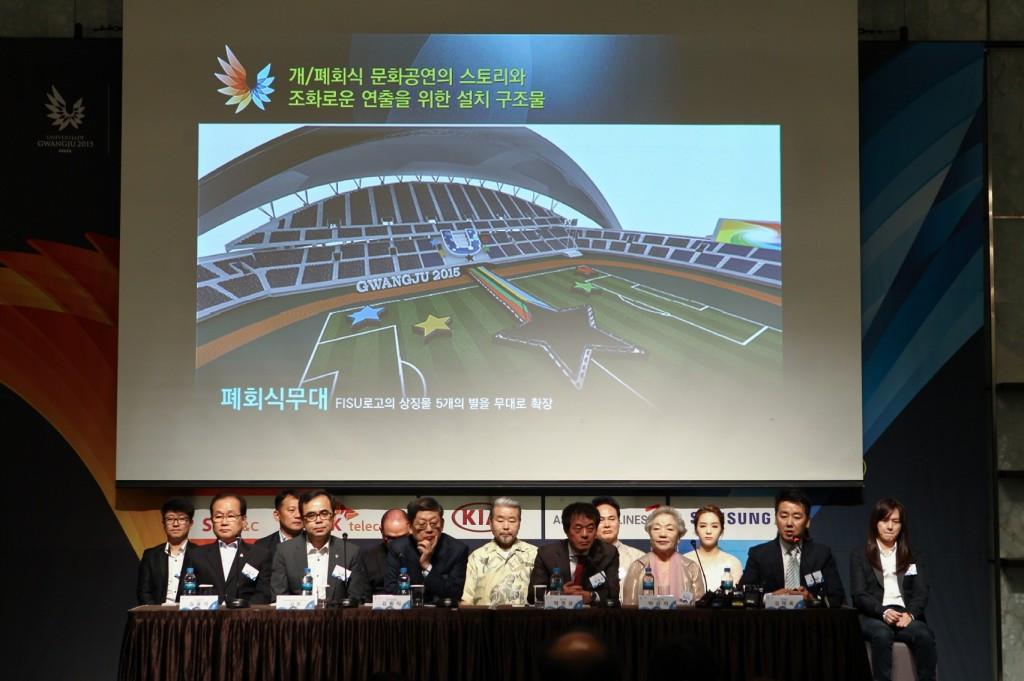 Gwangju 2015 have announced the Opening and Closing Ceremonies of the Summer Universiade will feature a blend of South Korea’s traditions and pop culture, after revealing their plans at an official event at Plaza Hotel in Seoul.

Both ceremonies will centre around Gwangju 2015’s central slogan of “Light Up Tomorrow” but the Opening Ceremony, due to take place in the Universiade's Main Stadium on July 3, will have the sub-theme of “U are Shining”.

The Ceremony is set to introduce South Korean contemporary culture for young athletes from across the world, with the alphabet of Hangui set to be introduced, as well focusing on the Universiade's key messages of "Life" and "Love".

Meanwhile the Closing Ceremony on July 14 will focus on the student athletes’ hope and challenges in addition to their passion for sport, as alongside the officials and volunteers they enjoy the final moments of the Universiade.

To help ensure athletes feel welcome and perform to their best Gwangju 2015 will be putting in place a fast-track immigration system, will providing transportation to venues and as well as staging cultural events throughout the Universiade.

“With only 30 days until the grand opening ceremony, we are making sure that all of our preparations are on point before the athletes arrive in Gwangju,"  said Gwangju 2015 secretary general Kim Yun-suk.

While the last-minute fine tuning is taking place in the country, the Japanese delegation led by former speed skater Yukinori Miyabe visited Gwangju to view preparations including transportation, media registration and Athletes Village.

Around 600 athletes and officials from 40 different countries are expected to be staying in the Athletes Village in Chungju from June 30 to July 9, which is due to open on June 26.

The Japanese team is due to consist of 546 athletes and officials, with representation in each of the 21 disciplines at the Universiade, with many of the athletes under consideration for the Rio 2016 Olympics.

"We are preparing for the Gwangju Universiade with extra care as it will be an event where young Japanese athletes will check on their readiness before the Olympic Games," Miyabe said.