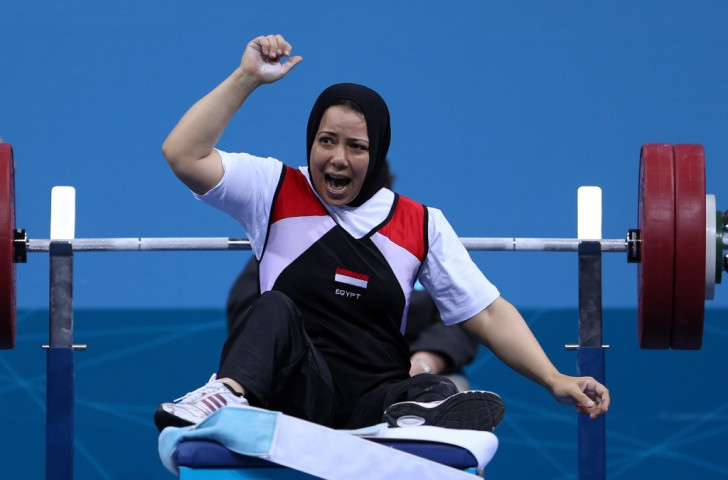 Egyptian powerlifter Fatma Omar has had her two-year doping suspension reduced to one after new evidence was presented during an appeal to the Court of Arbitration for Sport (CAS), it has been announced.

The multiple Paralympic champion was suspended for 24 months from May 16 last year and fined €1,500 (£1,062/$1,636) for testing positive for banned substance clomiphene in a urine sample taken following the 2014 International Paralympic Committee (IPC) Powerlifting World Championships in Dubai.

Clomiphene is on the World Anti-Doping Agency (WADA) prohibited list and is often used as a muscle building drug.

As a result of her ban, she may not have been able to defend her titles at the next year's Paralympic Games in RIo de Janeiro.

The Egyptian presented new evidence to the CAS, which subsequently saw her ban cut in half, but she will only be able to return to competition once she pays the fine imposed by the IPC.

The decision was made under article 10.4 of the IPC anti-doping code, which allows the "elimination or reduction of a period of ineligibility for specified substances under specific circumstances”.