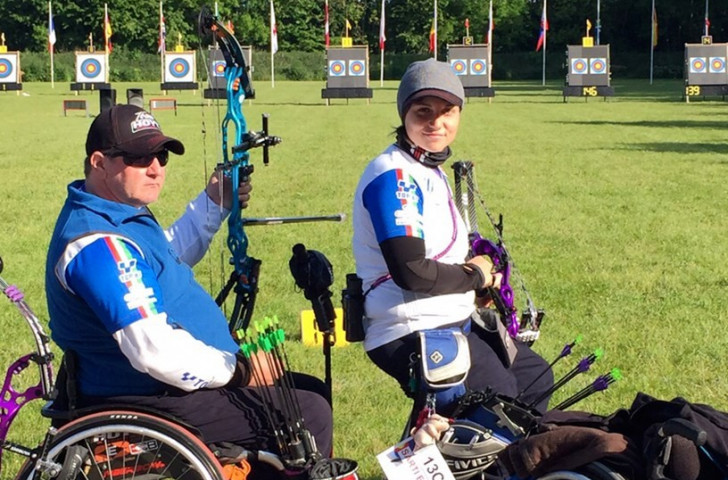 Italy’s Eleonora Sarti and David Drahoninsky of the Czech Republic both broke world records at the Para-archery international ranking event in Almere, The Netherlands.

The Italian’s effort surpassed the total set by Germany’s Karina Granitza at the 2014 European Championships in Nottwil, Switzerland, and she now looks in pole position to seal the gold medal.

She will take on third seed Marina Lyzhnikova of Russia for the title, while Sweden’s Zandra Reppe goes up against another Russian in Stepanida Artakhinova for bronze.

Drahoninsky, the silver medallist at London 2012, managed to better his own record which he set at last year’s European Championships as he claimed a total of 674 points.

That was four more than he achieved in 2014 and he proved to be the dominant performer in his W1 category as he shot the best two scores of the day by amassing 137 in the quarter-final and 141 in the last four.

Those performances ensured the Czech star, who finished third at the 2013 World Championships in Bangkok, will be able to round off a near perfect week if he can beat Italy’s Fabio Azzolini in the final.

Britain’s John Cavanagh, the Athens 2004 gold medallist, will get the chance to seal another podium finish when he clashes with Finland’s Jean Pierre Antonios for bronze.

Nearly 200 archers from 23 competing nations are competing in The Netherlands and the event forms a key part of their preparations for the World Archery Para Championships in Donaueschingen, Germany, from August 23 to 30.

The competition in Almere concludes with individual medal matches where Sarti and Drahoninsky will both be hoping to build on their world record performances by finishing the tournament with gold.