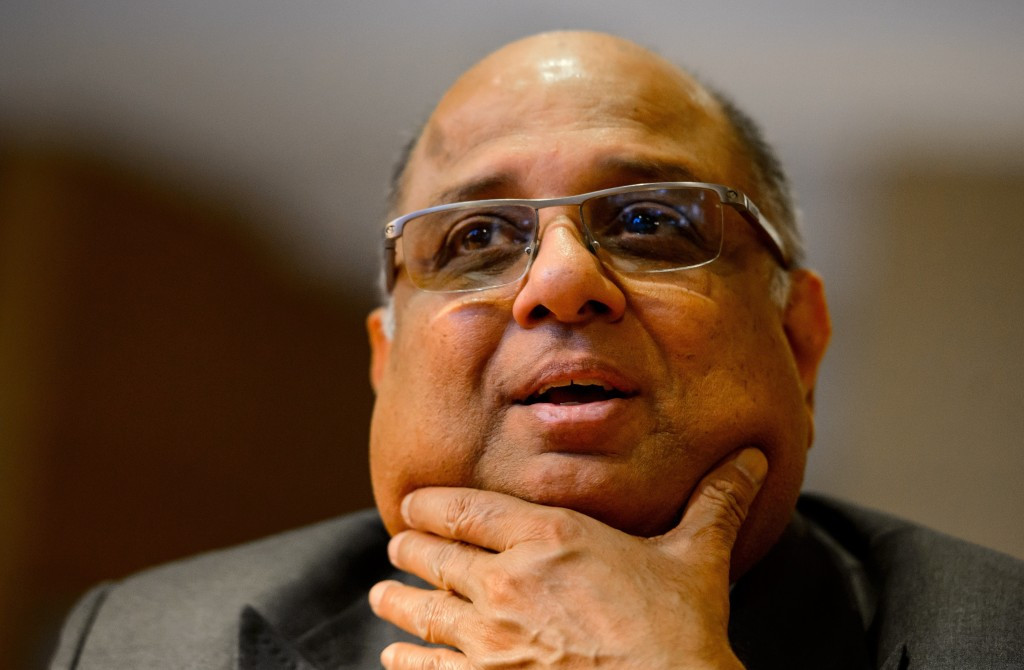 Ramachandran has come under mounting pressure to call an EGM to discuss his position, with the Gymnastic Federation of India and Indian Weightlifting Federation among the latest federations to write to the IOA secretary general Rajiv Mehta.

Hockey India President Narinder Batra recently threatened to orchestrate further opposition to his leadership should an EGM not be called within a month, claiming Ramachandran was "working towards weakening and finishing off the IOA".

It has been reported that Federations of badminton, basketball, bowling, fencing, handball, hockey, ice hockey, ice skating, modern pentathlon and rugby union have all supported the move.

The opposition to Ramachandran’s leadership is has grown following claims that he had prevented other figures from having access to International Olympic Committee (IOC) President Thomas Bach during a visit there last month.

Additionally Ramachandran, who also heads the World Squash Federation, allegedly did not consult fellow IOA colleagues before travelling to Lausanne in April to meet with IOC officials.

During his visit, where he quashed rumours of a potential Indian bid for the 2024 Olympics, Bach called for IOA to work together and avoid infighting to improve sport in the country.

However the calls for Ramachandran’s departure continue to grow, with Madhya Pradesh, Chandigarh, Karnataka, Bihar, Jharkhand and Uttar Pradesh the most recent State Olympic Associations to pursue a no-confidence motion against the IOA President.

Tripura and Jharkhand, an Eastern State close to the Bangladeshi border, were among the first State Olympic Associations to criticise Ramachandran, with representatives of Jharkhand claiming in a letter to the IOA that "in view of the present working style of N Ramachandran", the body "demands a no confidence motion against him".

The IOA constitution stipulates that a no-confidence motion against either the President, secretary general, treasurer and other Executive Council members can only be passed if two-third majority of the members are present and voting.

The IOA General Body has 183 votes in total, with each sporting National Federation having three votes and each State body two.

The unrest comes just over a year after the IOA's 14-month suspension from the IOC, following the election of tainted officials, was ended after the appointment of Ramachandran as President, however should he be forced to step down and is replaced by non-IOC approved officials the suspension may be reinstated.

In that eventuality Indian athletes may be unable to participate under their national flag at the Rio 2016 Olympics.