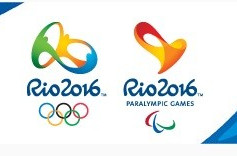 There will be around 300 sessions of competition for fans to choose from with the most expensive sporting tickets costing BRL R$130 (£27/$43/€38).

Tickets will officially go on sale exactly 12 months before the Games get underway, with draws taking place the following month and seats will then be available to buy online in December.

Tickets will be delivered in May 2016, before ticket office sales begin the next month.

Fans outside of Brazil who wish to purchase seats for the eagerly-anticipated event will be able to do so only through their nation’s National Paralympic Committee and also authorised ticket resellers.

The Organising Committee are hoping to make Rio 2016 the biggest Paralympic Games in history, building on the mammoth 2.7 million tickets that were sold for London 2012.

As well as the impressive tickets sold, London 2012 also attracted a huge cumulative television audience of around 3.8 billion people, a figure which Rio 2016 hope can be surpassed.

In April, the International Paralympic Committee (IPC) claimed that Rio 2016 would break all viewing records, with the four billion mark a clear target.

“With 500 days to go until the Rio 2016 Paralympics we have far more broadcasters signed up to show the Games than we did at this stage for London 2012,” IPC President Sir Philip Craven said.

“Over the coming weeks and months we will be working hard to secure coverage in those territories which have yet to agree a deal to ensure the widest possible global audience has the opportunity to watch the Games.

“I am fully confident that the Rio 2016 Paralympic Games will break the four billion cumulative global viewers barrier for the first time, a huge achievement and testament to the growth of the Paralympic Movement.”

Broadcast deals have been signed across the world, and the Games are set to attract 4,350 athletes from 170 countries who will compete for 428 medals across 22 sports.