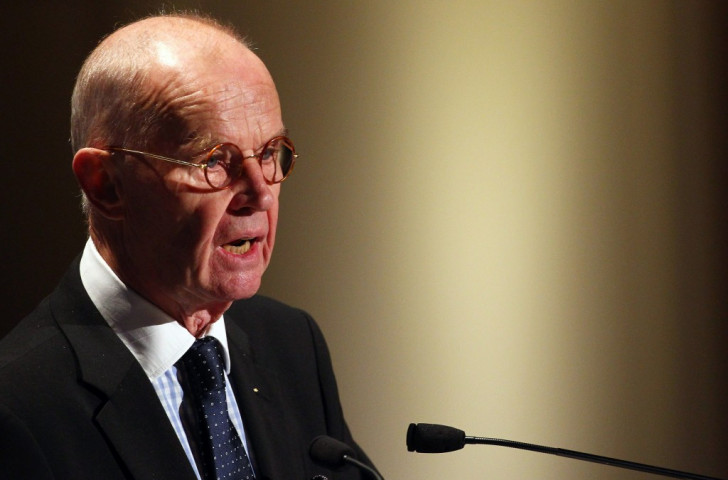 He had been member of the IOC since 1976, making him the second longest serving current member after Russia's Vitali Smirnov.

Tallberg was the founding chairman of the first IOC Athletes' Commission at Baden Baden in 1981, working with such figures as current IOC President Thomas Bach and Britain's London 2012 chairman, Sebastian Coe.

His best performance was fourth in the star class at Tokyo, where he competed with his brother, Henrik.

The Olympic Flag will be flown as half mast for three days at the IOC headquarters in Lausanne as a mark of respect, Bach revealed today.

"As the founding chairman of the Athletes' Commission Peter was my first teacher at the IOC," the German added.

"He worked all his life for sport and for protecting the clean athletes.

"The athletes of the world and all those who love sport owe him a huge debt and he has left a lasting legacy for the Olympic Movement for which we can all be grateful."

Born to a family of sailors, with his grandfather and great-uncle winning a bronze medal together in the 8-metre class at the Stockholm 1912 Olympics, Tallberg swiftly assumed the family mantle, being crowned star European champion in 1967 and finishing fourth in the Finn World Championships in the same year.

A talented athlete, he also competed at a national level in squash and was Finnish junior champion in slalom skiing in 1954.

After studying in Helsinki, Cologne and Munich, he joined the family firm Oy Julius Tallberg AB in 1960 and served as managing director of the company from 1976 to 1986.

By that stage, he had transcended from athletic to administrative ranks, serving as President of the International Yacht Racing Union between 1986 and 1994, the sport's world governing body that is now known as the International Sailing Federation.

In addition to a variety of roles with Finnish and Scandinavian sailing, Tallberg was also a vice-president of the Finnish Squash Association from 1974 to 1976.

But it was as an IOC member for which his work will be best remembered, serving as chair of the Athletes' Commission from its founding in 1981 until 2002.

As well as serving roles with the World Anti Doping Agency and the General Association of International Sports Federations - the body now known as SportAccord - he also sat on a total of 11 IOC Panels spanning four different decades, including the Coordination Commissions for the Barcelona 1992,Athens 2004 and London 2012 Summer Games.

Tallberg had been known to be suffering with his illness over recent months, and missed last December's Extraordinary IOC Session in Monte Carlo, although he did speak, alongside Bach, at an International Working Group World Conference on Women and Sport in Helsinki last June.

He passed away today in his home city.