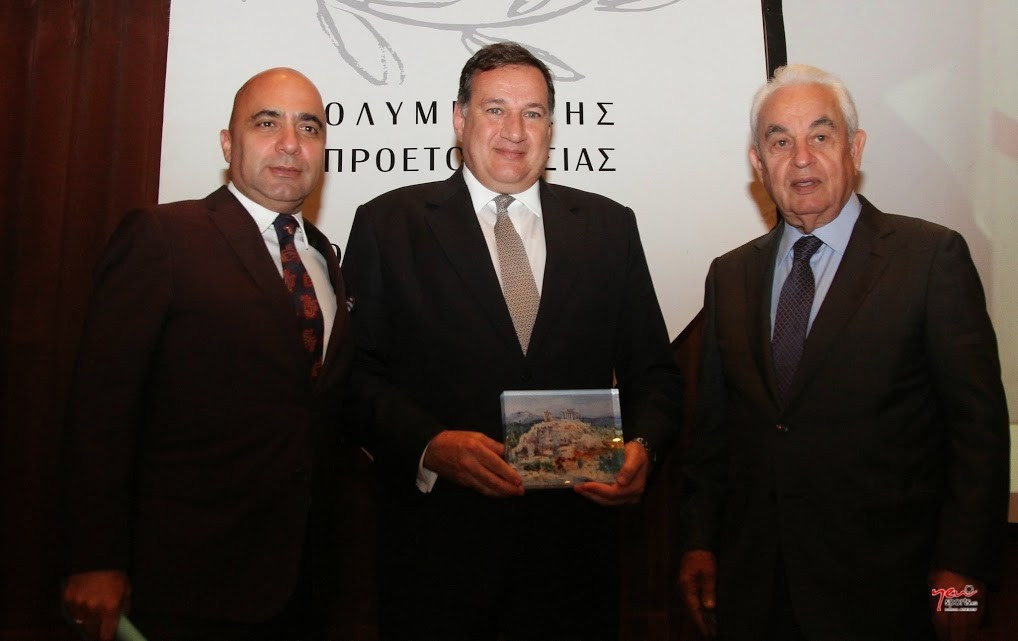 Spyros Capralos, President of the Hellenic Olympic Committee (HOC), has been honoured with the A G Leventis Excellence Award in recognition of his more than two decades of work supporting Greek sport and Olympism.

The HOC leader was presented the title by A G Leventis Foundation Board of Directors chairman George David during a ceremony that saw 33 Greek athletes from 13 sports awarded scholarships from the organisation, including the Olympic Preparation 2014-2015 Scholarship Programme.
“Spyros Capralos is a constant supporter of young sportsmen and an ambassador of the principles of Olympism,” said A G Leventis Foundation Olympic Preparation Scholarship Programme committee chairman Harry David.

The organisation highlighted Capralos’ work to implement the “Adopt an athlete on the way to Rio 2016” programme that provide 56 athletes with sponsorship from 29 banks and private companies.

Capralos was re-elected as President of the HOC in 2013 after having been first elected in 2009.

Later on in 2013 he was named as the chairman of the Coordination Commission for the inaugural European Games in Baku this year.

However, his career has not been without its controversies and he was accused of damaging the Olympic Movement after being implicated in the London 2012 ticket scandal, in which he had allegedly told undercover reporters from Great Britain's Sunday Times that he could get more Games tickets for them, even though this against the rules.

Capralos insisted the story was untrue and misleading.