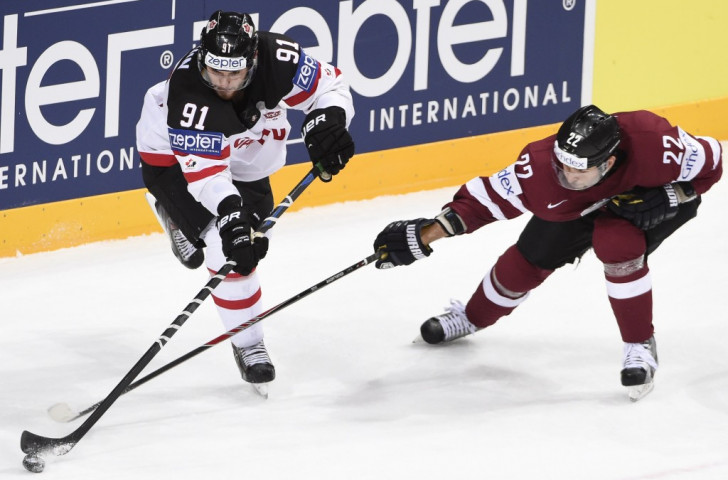 The Sochi 2014 Olympic champions, who have not always been able to field their strongest team at the World event due to a clash with the ongoing National Hockey League season, have nonetheless put forward their best-looking squad for some time this time around, led by surely the biggest name in the sport, Sidney Crosby.

Crosby, the Pittsburgh Penguins star who is seeking a first World title to add to his two Olympic ones, is captaining a team which also features the likes of NHL stars Dan Hamuis, Jason Spezza and Nathan MacKinnon.

And the experience of the North American side showed as they swept aside their European opponents in far more comfortable fashion than during their 2-1 victory in the Sochi 2014 quarter-finals last year.

Spezza and MacKinnon each managed a goal and an assist in an explosive opening period in which Matt Duchene also found the net, before Spezza and Tyler Toffoli scored in the second to effectively seal victory.

As the Canadians eased back, Kaspars Daugavin fired home a consolation goal for the Latvians, only for captain Crosby to restored the five-goal lead courtesy of a penalty-shot goal with just 23.2 seconds left on the clock.

This came despite a closely contested opening, with Jyrki Jokipakki cancelling out Steve Moses' opener early in the second period,

But then the US took charge, with Matt Hendricks, Dan Sexton and Nick Bonino all scoring before Hendricks managed a second late on.

Elsewhere on the opening day of action, there was agony for the hosts as Czech Republic were edged out 6-5 by Sweden, while Russia got their Championship defence off to a perfect start with a regulation 6-2 win over Norway.

Preliminary round action will continue for the next 12 days before knock-out matches begin, culminating in a final on Sunday May 17.