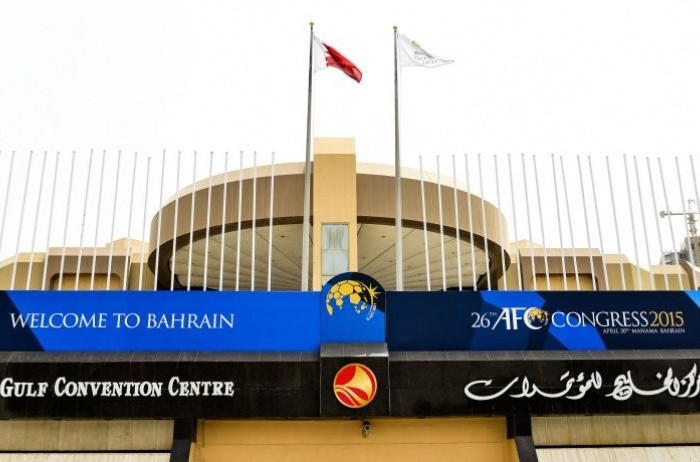 Kuwait's Sheikh Ahmad Al-Fahad Al-Sabah has been elected onto the FIFA Executive Committee after all his opponents competing for a two-year term withdrew during today's Asian Football Confederation (AFC) Congress in Manama.

He will become the fourth IOC member on the Executive Committee, along with FIFA head Sepp Blatter, Cameroon's Confederation of African Football President Issa Hayatou and Burundi’s Lydia Nsekera, and is likely to play a key role liaising between the two bodies.

During today's meeting in the Bahraini capital - which is being attended by Sepp Blatter and all of his rivals for the FIFA Presidency - AFC head Shaikh Salman bin Ebrahim Al Khalifa has also been re-elected by acclamation for a fresh four-year term in office after no one stood against him.

Shaikh Salman will also now become a FIFA vice-president, replacing Presidential contender Prince Ali bin Al-Hussein of Jordan, as his term has come to an end.

Football Association of Malaysia President Prince Abdullah Al-Haj Ibni Sultan Hj Ahmad Shah received the highest number of votes to take on of the two other four-year FIFA Executive Committee positions, while the other was claimed by Japan Football Association vice-president, Kohzo Tashima.

Qatar Football Association vice-president Saoud Al Mohannadi had pulled out two days before the election, calling on West Asia to settle on one candidate.

Meanwhile, in a speech to open the meeting, Blatter praised Shaikh Salman, a staunch supporter in his Presidential re-election campaign, for steadying the AFC ship after his Qatari predecessor Mohammad Bin Hammam was banned from football in 2013.

He has shown “a remarkable sense of organisation and diplomacy to bring back the boat of the Asian Football Confederation, that at a certain time has been in waters that are not so very clear and not so very clean,” it was claimed.

The Swiss also praised the growth of the sport in Asia, quoting Chinese philosopher Confucius to justify how the FIFA development programme has helped engineer improvement.

"Confucius said, if you want to help your friend or your brother, don't give him a fish but teach him how to get fish," he outlined.

"This is the policy of our development programme, there is money available [but] I don't want to speak about money today."

As well as Prince Ali, both Luis Figo of Portugal and Royal Dutch Football Association head Michael van Praag were also present, although neither spoke formally during the Congress.

The trio will challenge heavy favourite Blatter next month during the FIFA Congress in Zurich on May 28 and 29.