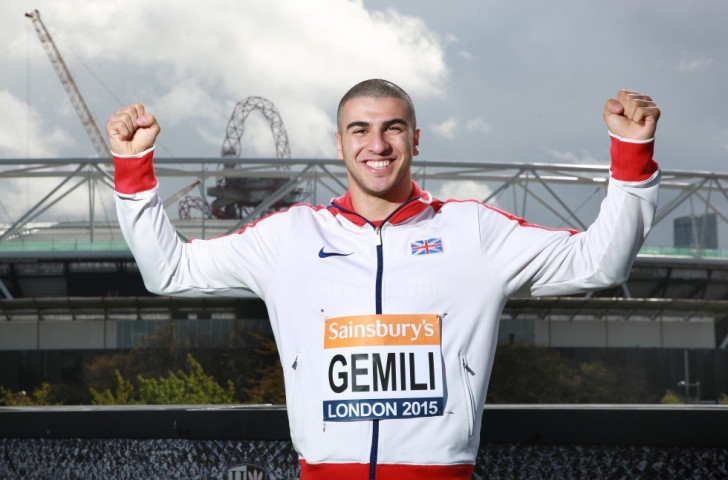 British sprinting star Adam Gemili admits he is “saddened” when people associate athletics with doping, but insists he is unaffected when racing those who have previously failed tests.

This follows strong words voiced last week by world record holder Usain Bolt about the return of rival and 2007 world champion Tyson Gay, who returned to the track after a ban of only one year after testing positive for anabolic steroids in 2013.

Bolt described the length of this ban as the “stupidest thing” he had ever heard, and admitted to being “really bothered” about the prospect of facing the American at this summer’s World Championships in Beijing.

Speaking here this morning at a promotional event ahead of July’s Sainsbury’s Anniversary Games, Gemili insisted he is not bothered about racing Gay and other convicted dopers, but is concerned about negative associations now littering his sport.

“I like athletics, especially sprinting, because you have your own lane, so no one else really affects what I do," he said.

"I’m not really involved in the governing body side of it, and whatever I say, it doesn’t make a difference.

“So I just concentrate on whoever’s on the line, they're just another competitor, and I just have to try and raise my performance so as to compete with them.

“But it does sadden me that when people think about athletics, one of the first words that comes into their minds is doping.”

He added how focusing on the good things about the sport, such as “great performances” from athletes, is key to changing this image.

Elsewhere, Gemili, who followed two silver medals at last summer's Commonwealth Games in Glasgow with double gold at the European Championships in Zurich, has targeted running the 100 metres in a time of around 9.70 or 9.80 seconds, something he believes is essential if he is to be competitive on the world stage.

The 21-year-old, who shot to prominence by winning the 100m world junior title in 2012 before competing at his home Olympics the following month, is yet to break the 10 second barrier but has consistently threatened, and is hoping a strong British team will help to boost his performances further.

He will probably focus on the 200m this season, the distance he finished an impressive fifth in at the 2013 World Championships, he revealed, as he believes he has more chance of succeeding there, although he has not ruled out a double medal attempt.

Gemili, who is now a full-time athlete after having recently completed his university studies in Loughborough, also refused to dismiss the possibility of beating Usain Bolt, someone he describes as both a friend and an inspiration.

"He is one of the most talented people and a great ambassador for the sport," he said.

"But you have to have confidence in your ability."

The Sainsbury's Anniversary Games takes place in the former Olympic Stadium at Queen Elizabeth Olympic Park from July 24 to 26.