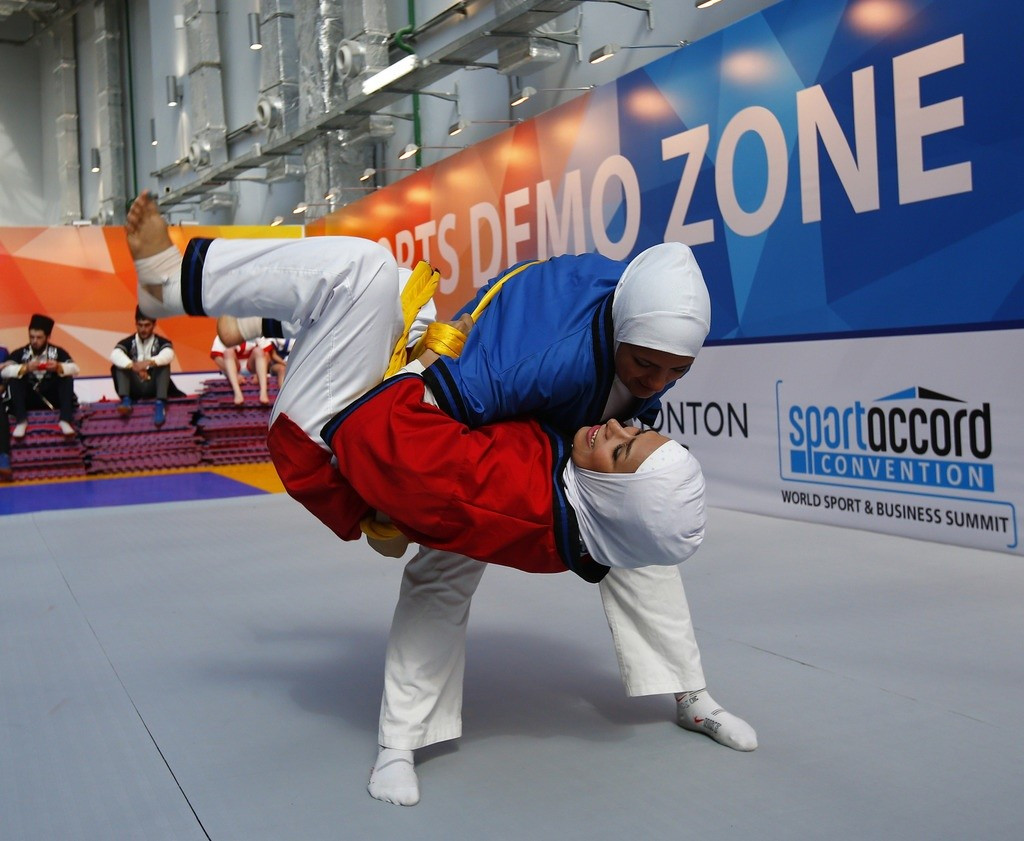 The exhibition, led by Iranian female wrestlers Sahel Gouren and Akhram Khany, took place during a larger demonstration about the worldwide appeal of belt wrestling, a discipline the UWW is looking to develop.

“We are grateful to United World Wrestling for the opportunity to tell the entire world that women in Iran can also practice wrestling,” said Khany.

“Sahel and I have husbands and they support us in our choice.

“Girls should not be afraid to realise themselves in wrestling in any country of the world.”

Belt wrestling is particularly strong in Iran, Armenia, the Northern Caucuses and Kyrgyzstan, as well as among the Tatar community.

“Olympic wrestling is just the tip of pyramid and the national sports of wrestling are laid at its foundation,” said Georgy Bryusov, head of UWW’s "Sport For All" Commission.

“These sports constitute a significant part of history and culture for many wrestling nations.

“Together these nations and their histories help form United World Wrestling.”

It is a widely held belief among Iranian female wrestlers that belt wrestling will be key to their futures in the Olympic Movement.

“I like wrestling very much and I hope I can follow in the ways of our country’s great wrestling heroes,” said Gouren.

“I believe that near future Iranian women wrestling as same as the men in freestyle and that we will achieve a valuable position in wrestling world.”

The UWW launched a new campaign last December to focus on development of women in wrestling across the globe.

The two-month "Super 8" campaign, named for the number of women ambassadors leading the worldwide initiative, began with a special presentation at the Olympic Museum in Lausanne on January 14 and ended on March 8, International Women's Day.