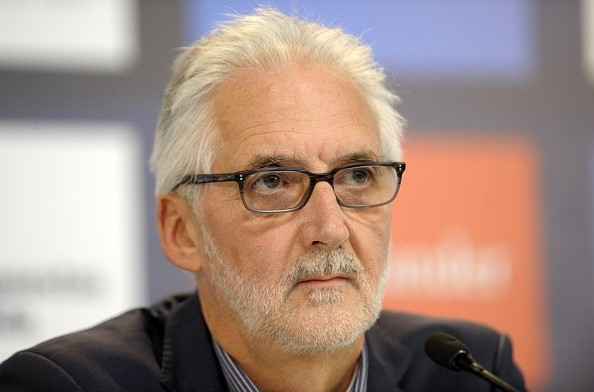 International Cycling Union (UCI) President Brian Cookson remains concerned over proposed changes to the Tokyo 2020 venues, and fears the governing body will not be able to reach a decision before the early-June deadline.

Cycling is one of a number of sports facing location changes as a result of the International Olympic Committee's (IOC) Agenda 2020 reform process, which permitted venues to be moved for reasons of geography or sustainability.

Equestrian, basketball and canoe slalom have already been affected by these changes, and it is thought as many as 11 others could be shifted, generating reported savings of as much as $1 billion (£650 million/€890 million).

Cookson described the proposed move of track, mountain biking and BMX venues around 150 kilometres away to the city of Izu as something they are “not happy” about, that could reduce the Olympic experience for athletes and cycling fans alike.

“What we're being asked we think is the biggest change out of any sports Federation,” he told insidethegames here this afternoon.

“We understand the economic situation, the need to cut costs and save money, and we will help where we can.

“But to move us out somewhere two hours from Tokyo I do not believe is the same as providing all athletes with the same Olympic experience.

“We want to look at alternative proposals and we’re still in discussion with Tokyo 2020 and the IOC about that.”

UCI President Brian Cookson is keen not to lose the strong vibe created London 2012, which came when cycling events were held in the city centre and the Olympic Park

“These changes are so radical that I want to have the full support of my Management Committee if we have to accept some of them," he added

Cookson did concede however, that while he will work hard for the BMX and mountain bike events to return to the city centre, he is prepared to accept the velodrome switch, so long as the proposed venue undergoes renovation to substantially increase its capacity from its  current attendance levels of 1,500.

This will be the case, he has been the assured, but he believes “a fairly radical reconstruction” is required, so would like more information and a guarantee there will be sufficient seats, because they are not prepared to "compromise the ticket sales and the outcome in terms of the appraisal at the success of the event".

But, on the other hand, Cookson is confident the cycling road races and time trials will remain in the city centre.

This should ensure a similar impact to recent Games at Beijing 2008 and London 2012, where the road race courses took in some of the best known landmarks in the cities; something that should also be seen next year at Rio 2016.