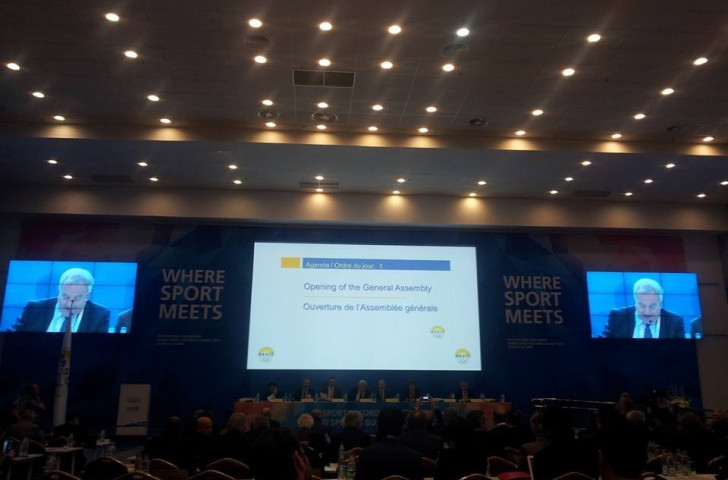 SportAccord President Marius Vizer has apologised for the manner of his outburst against the International Olympic Committee (IOC) here this week, but defended his content before arguing how "everyone in the world of sport must be free to have an opinion".

Speaking at this morning's General Assembly of the Association of Summer Olympic International Federations (ASOIF), Vizer was involved in a lengthy diatribe with ASOIF head Francesco Ricci Bitti, during which he was admonished for not checking the best way of "putting attention on what he wishes to achieve".

Vizer, here in his capacity as President of the the International Judo Federation (IJF), appeared humble but relatively composed when entering the room this morning, making sure he greeted representatives from virtually all of the other sports.

After requesting to changes to the proposed agenda to have his say, Vizer expressed regret "regarding my way and moment to choose this opportunity."

He added: "But, regarding the content, I express my voice and that is my opinion.

"I am sorry but think everyone in the world of sport is free to have an opinion, because that is the rule of sport."

This follows news yesterday that 27 of the 28 Olympic Summer Federations have supported ASOIF's decision to disassociate in response to Vizer's fierce criticism of the IOC system at Monday's (April 20) SportAccord General Assembly here, with the IJF the only exception.

In a strong response to Vizer's words, Ricci Bitti, also the International Tennis Federation President, claimed they believe the IOC is a "strong machine" and that it is a "waste of time trying to destabilise it".

He then said that, while the door remains open, SportAccord must be changed to avoid duplication with other bodies such as ASOIF, strongly criticising the presentation given during the General Assembly that highlighted a wide platform of measures.

"What we need is a SportAccord that gives the sport movement an added value, but not one that does not make us waste time," said the Italian.

He praised the SportAccord Convention as a "great initiative", and said he hoped to work together to enable it to continue, while multi-sport events such as the Mind and Beach Games were also praised.

But SportAccord must be "more humble and practical", he said, citing the example of the body's work to combat integrity and match fixing as an unnecessary project because it essentially replicates work already being undertaken by the IOC.

Discussions on how to do this will begin tomorrow, he pledged, but predicted it would not be an easy process.

ASOIF vice-president and International Handball Federation head Hassan Mostafa called for a special meeting to be held between four key stakeholders in order to solve the dispute.