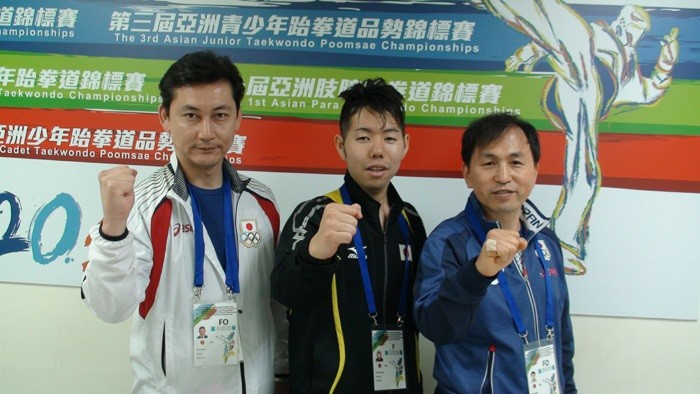 Some of the world’s best competitors are preparing for the first ever Asian Para-Taekwondo Championships, due to get underway in Taipei City on Friday (April 17).

The inaugural tournament in Chinese Taipei’s capital looks set to welcome some 26 competitors representing 10 nations in the continent who will compete for podium positions.

Iran is sending the most athletes with a squad of seven, followed by Mongolia with five and Nepal with three, while South Korea, the Philippines, Uzbekistan and the United States are sending two athletes each, and the United Arab Emirates, Japan and Kazakhstan will send one.

"We are fully ready for the first Asian Para-Taekwondo Championships and the Para-Taekwondo Championships have a special meaning as they take place just several months after the IPC (International Paralympic Committee) voted to include taekwondo as an official sport in the 2020 Tokyo Paralympic Games," said An-chin Hsu, chairman of the event’s Organising Committee and President of the Chinese Taipei Taekwondo Association.

"Chinese Taipei is eager to host as many international taekwondo championships as possible, thus helping encourage our athletes' participation and make our taekwondo better."

The Asian Taekwondo Union said it is keen to encourage more of the continent’s nations to compete in Para-taekwondo events.

"I am glad to meet Asian juniors, cadets and Para-taekwondo families here in Taipei City,” Kyu-seok Lee, President of the ATU, said.

The World Taekwondo Federation (WTF) carried out the classification of the athletes today and this will continue tomorrow, with Ireland’s David O'Sullivan serving as the technical classifier at the Championships.

Among the athletes were Carlo Guarin of the Philippines, Mongolia’s Ankhbayar Gankyuu and Hiroki Sugita of Japan.

They all spoke of their excitement at the prospect of being able to compete in the Paralympics at Tokyo 2020, where they hope to win a medal for their respective countries.

“At the fifth Championships, I won the gold medal in an open class.

"I want to compete at 2020 Tokyo Paralympics and win the gold medal.”