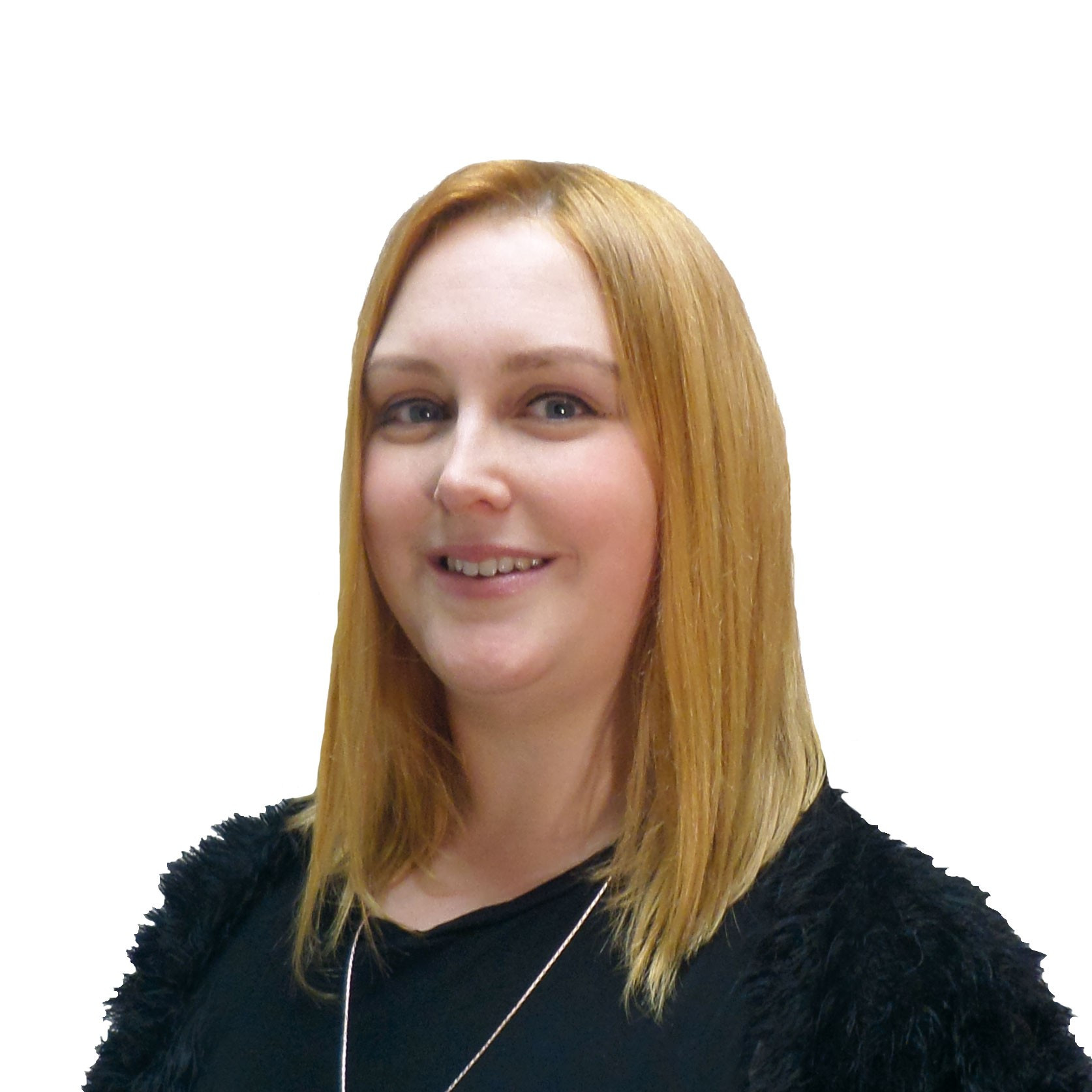 Being able to look across the water to see both Europe and Asia is really quite something, and it couldn't be in a more appropriate city than Istanbul. With its Bosphorus bridges connecting the two continents, the northwestern Turkish city is transcontinental not only in terms of geography, but also with regards to its rich and fascinating history – it is nothing short of a melting pot of cultures and traditions.

On the one hand, you have Sultanahmet or the Old City, which is steeped in heritage and home to the breathtaking Sultan Ahmed Mosque – or the Blue Mosque as it is widely referred to, the vast labyrinth that is the Topkapı Palace and the epitome of Byzantine architecture Hagia Sophia. This outstanding area, formally Constantinople, is a feast for the eyes with its sensational Ottoman architecture and Byzantium relics – most recently made famous by the latest James Bond movie Skyfall, which features some of its most iconic landmarks, including the Blue Mosque, the Grand Bazaar and Eminönü Square.

Indeed, the area received a shining endorsement from Bond himself, with starring actor Daniel Craig declaring that Istanbul provides "an incredible backdrop to any movie". Naturally, the rumour mill is now awash with talk of the English actor supporting Istanbul's 2020 Olympic and Paralympic Games bid in person at the International Olympic Committee (IOC) Session in Buenos Aires in September next year, when the 2020 host city will be decided out of the three bidders of Istanbul, Madrid and Tokyo.

A must-visit destination for tourists and history buffs alike nonetheless, this ancient world is poles apart from the metropolitan area of Istanbul. The commercial districts of the city are vibrant with lights, populated by middle class professionals and cosmopolitan to say the least. In fact, these parts are so western that there is even a Marks and Spencer. Istanbul is known as the cosmopolitan heart of Turkey

Diverse the city may be but the one thing that is universal throughout Istanbul is the friendliness of the Turkish people and their hospitality is second to none. Always very welcoming and eager to help, these characteristics ensured I had a fantastic stay in the city, as I am sure anyone else would.

So, let's get to the point – is Istanbul ready to host the 2020 Olympics and Paralympics it is bidding for?

My first instinct is to say yes.

Perhaps most importantly, Turkey has an undying passion for sport. This I witnessed for myself at the 2012 FINA World Short Course Championships at the Sinan Erdem Arena in Istanbul. The crowd was alive with the excitement to be hosting the event and locals from the old to the very young were desperate to get a piece of the action – I was talking to Bertrand Le Clos, father of South African swimmer Chad, and three young girls came up to ask if it was really him. They couldn't believe it when I confirmed that it was and they begged for photos with him, being the avuncular chap he is, he, of course, obliged, grinning from ear to ear for photos will his fans.

The nations hosting credentials to date are pretty impressive too.

Turkey has hosted more than 40 major events in the last seven years, many of them in Istanbul leading it to be named the 2012 European Capital of Sport. Most recently, it hosted the 2012 Women's Tennis Association (WTA) Championships at the same venue that the World Swimming Championships are taking place. But how did the athletes play tennis in a swimming pool I here you say. Well that is the wonder of this modular arena. After playing host to American Serena Williams' WTA Championships victory this winter, it was transformed into an elite swimming arena, complete with demountable pool – a process that took just seven days.

I challenge you not to be impressed by that.

With the Intercontinental Istanbul Eurasia Marathon and the FINA World Swimming Championships also taking place in the country, Istanbul officials believe they are more than living up to expectations.

"Istanbul continues to prove itself as a trusted host city for international sporting events," said Istanbul 2020's bid leader, Hasan Arat. "This year alone, the city has hosted numerous major sporting competitions – demonstrating that it is a city that is not only passionate about sport, but one with proven experience in providing the optimal athletic conditions for Olympic-standard athletes to perform." Now onto the hot topic of the day. Money. Not a problem for Turkey it would seem. The nation is now widely viewed as an emerging financial power, which was strengthened by Moody's Investors Service raising the country's national credit rating in June. The move coincided with a session at the St Petersburg Economic Forum entitled "Turkey's Shifting Investment Flows", where industry panellists applauded the sustainable growth of Turkey's economy, measured at 8.5 per cent last year.

Moody's claimed a significant improvement in Turkey's public finances as a reason for raising its sovereign credit rating and it was also positive about future trends for the country's economy in its statement, saying that "the drivers that led to today's rating upgrade will continue to improve the country's fiscal and macroeconomic resilience".

Another credit ratings agency, Fitch, also rates Turkey one notch below investment grade at BB+, while Standard & Poor's rates it a rung lower at BB.

"Turkey has one of the fastest growing economies anywhere, with great demographics," said Stephen Peel, the managing partner of TPG Capital and the former executive director of Goldman Sachs International in Europe.

So there you have it. In these uncertain economic times, this must deliver quite a significant boost to Istanbul 2020.

Now for the cons. Well, I have just one. Traffic. There is no denying that Istanbul has a slight issue here, however serious work is being done to remedy it, with record-breaking investments being ploughed in to the transport infrastructure to eliminate congestion in the coming years.

For example, in August the city opened the first metro line on the Asian side of the city, and a proposal for a new tunnel beneath the Bosphorus – a crucial third crossing point – was ratified; construction will begin next year.

The commitment to this modernised transport network means in 2020 a city of nearly 13 million people will be able to offer Olympic and Paralympic athletes average travel times of just 20 minutes. Problem solved indeed.

After just a short while spent in Istanbul, I can see that it is ready and passionate to host the 2020 Olympics and Paralympics. But don't just take my word for it. Some of sport's most highly respected figures have come out with shining praise for the Turkish city.

Back in July, Olympic swimming legend Mark Spitz of the United States, said he "was lending his support to Istanbul" when he competed in the Cross-continental Race in the city. And just last week, Istanbul's hosting of the FINA World Short Course Championships received major global acclaim, with the likes of Bob Bowman – coach to the most decorated Olympian of all time, America's Michael Phelps – going so far as to endorse the Turkish city's 2020 Olympic and Paralympic Games bid. "There is no doubt that Istanbul has a real appetite and passion for international sports events and I am convinced that this iconic city would make an outstanding host of the Olympic Games," Bowman said.

But it was FINA vice-president and former USA Swimming President Dale Neuburger who was so confident in Turkey's capabilities that he told me personally: "There is no question that Istanbul is ready to host the Olympics." I can't argue with that.

Out of Madrid, Tokyo and Istanbul, I think you know which my money is going on.

Emily Goddard is subeditor at insidethegames