Australian Taekwondo's athlete-led online sessions to run for another year 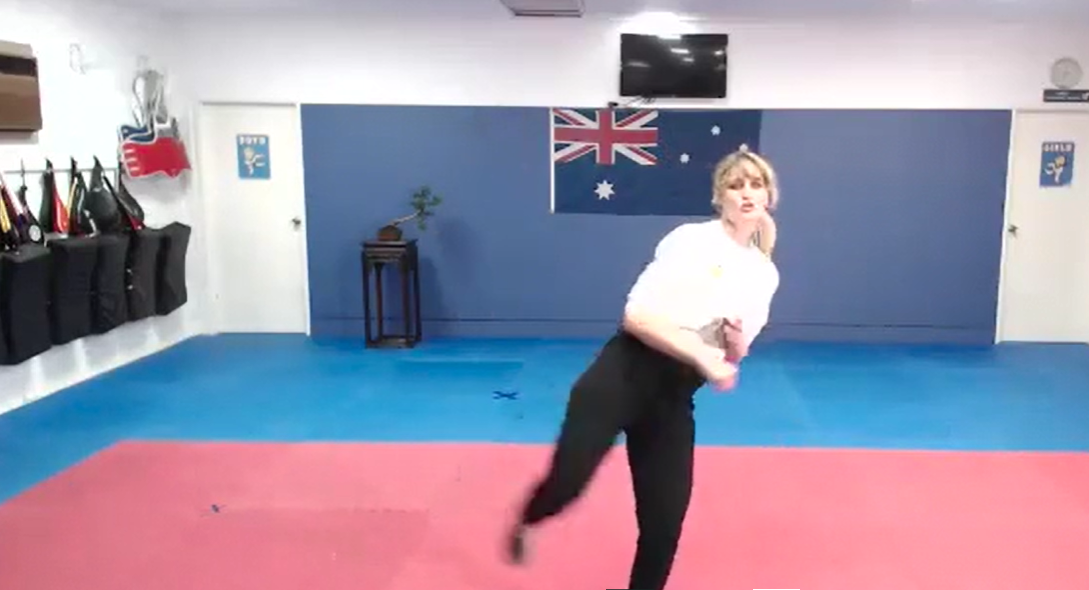 Taekwondo champions to teach at training camp in Norway 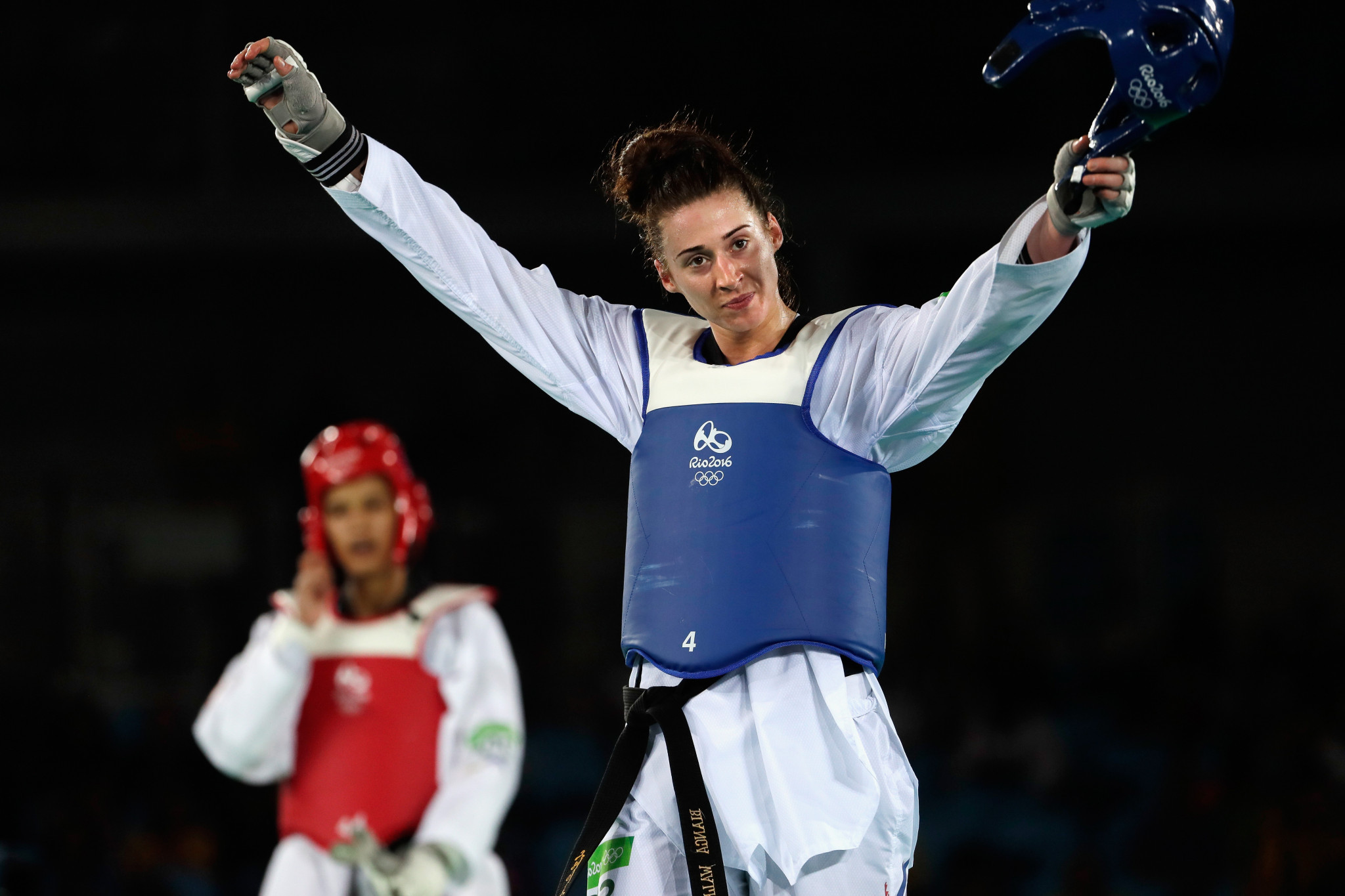 Great Britain’s Bianca Walkden will be aiming to cap off a memorable year when she competes for the women’s over 67 kilograms title at the inaugural event of the World Taekwondo Grand Slam Champions Series here tomorrow. World Taekwondo Europe vice president Igor Iuzefovici has been awarded an honorary diploma for growing the sport in his home country Moldova. 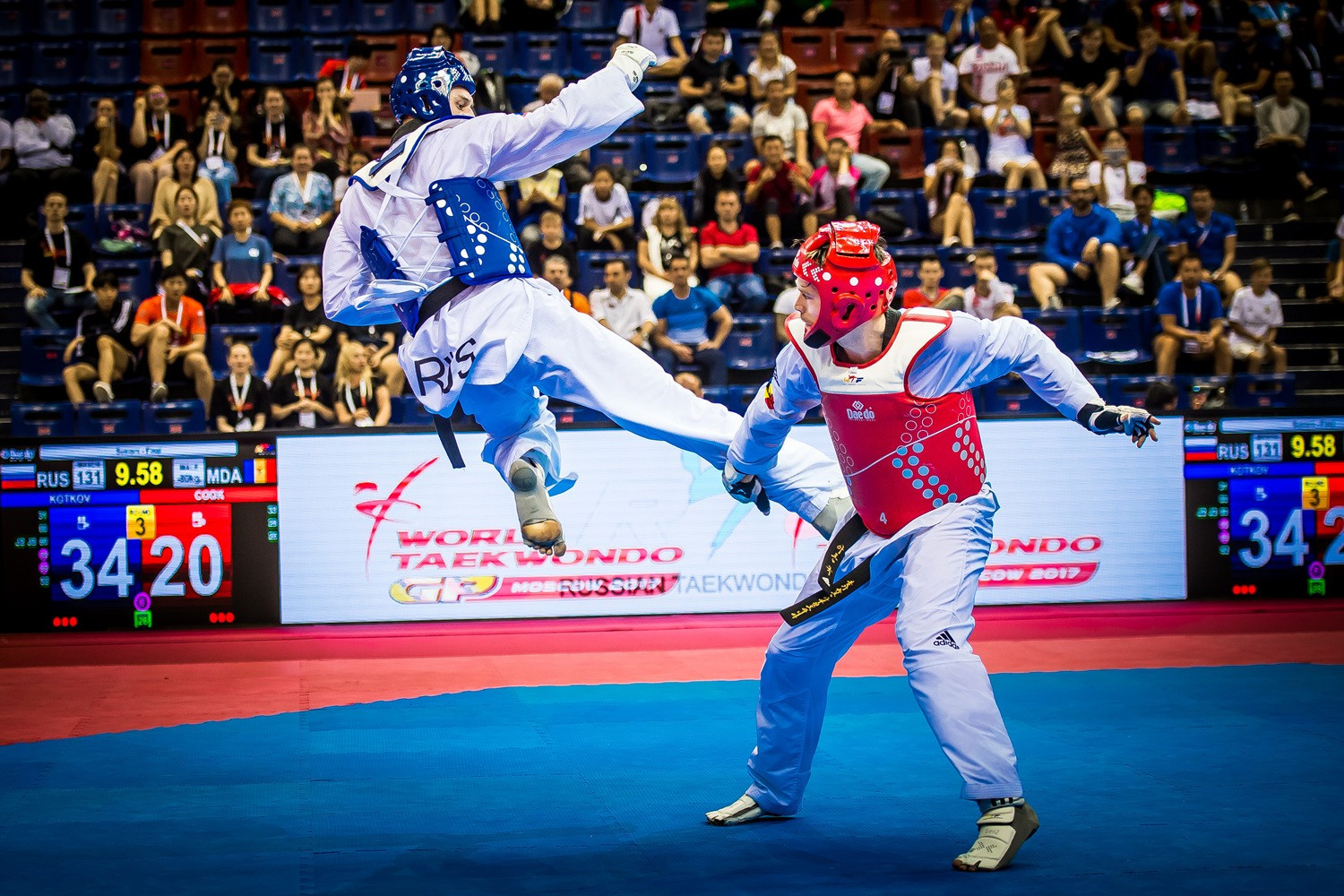 Britain's double Olympic champion Jade Jones is among four European athletes who feature in a film which was produced before the World Taekwondo Federation (WTF) President's Cup in Athens. 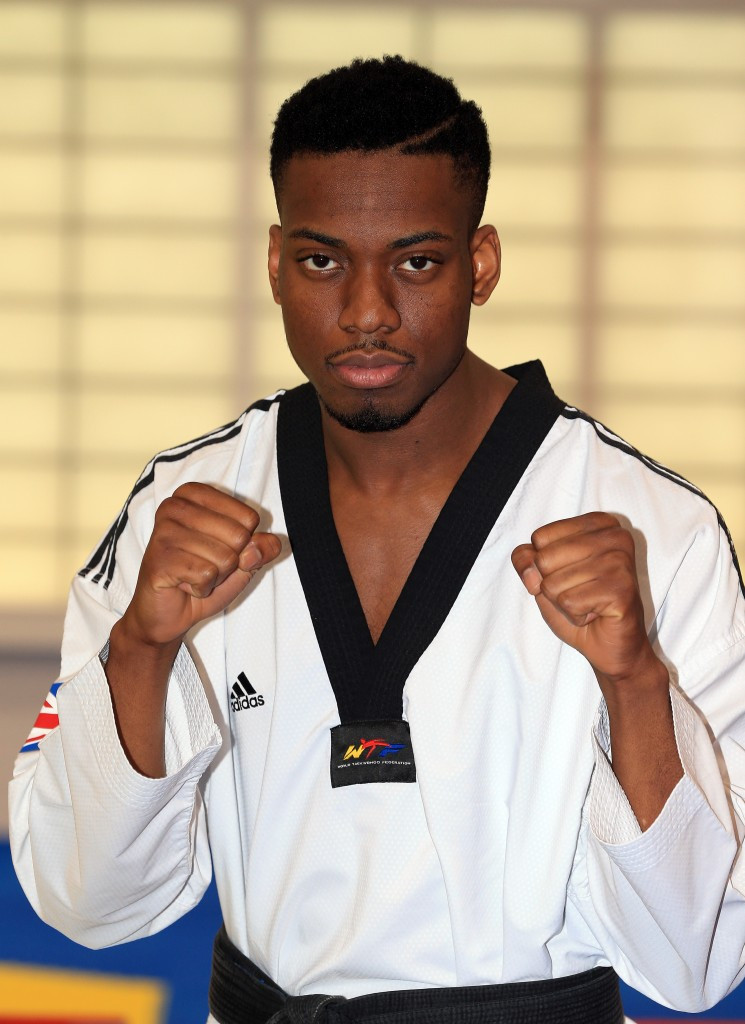 Great Britain's Lutalo Muhammad is convinced he will come out on top if he faces fellow British-born rival Aaron Cook in the Rio 2016 Olympic Games taekwondo competition. 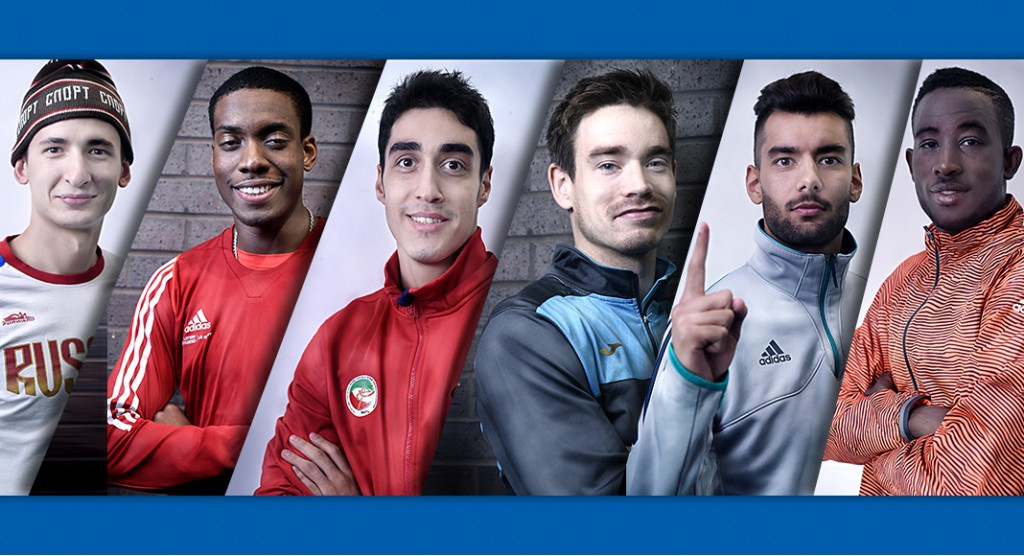 Iranian taekwondo player Mahdi Khodabakhshi will be hoping to justify his top seeding at Rio 2016 as he looks to claim the men’s under 80 kilograms title. Aaron Cook is perhaps the most admired athlete in taekwondo, but his journey through the sport has been a stormy one. Now, having secured citizenship and generous sponsorship from Moldova, the ex-GB athlete is hoping to present his adopted country with its first-ever Olympic medal

For some, it was dreams of Olympic glory that first lured them to taekwondo. For others, it was the security of learning self-defense that drew them into the dojang. For Moldova’s Aaron Cook, the inspiration was provided by masked superheroes defending humanity from fearsome monsters.

“When I was five, the ‘Power Rangers’ were on TV and I liked the look of the kicks and all the stuff they were doing,” he said. “When I was seven, my parents took me and [elder brother] Luke to a taekwondo school and it was love at first sight.”

Today, the kid who wanted to be a real-life power ranger is one of the most admired players in taekwondo, frequently cited by his fellow athletes as their favorite fighter due to his constant use of the sport’s most spectacular techniques. A fourth-Dan black belt, he is the number-two ranked player in the - fiercely competitive - male under 80kg category.

However, the ups and downs he has endured in his taekwondo career have been more than enough to test the courage and perseverance of the doughtiest alien-fighting superhero.

Born and raised in Dorchester in Britain, his early interest in taekwondo blossomed into talent and was soon delivering competitive success.  He won a clutch of junior championships, then moved into the senior division, and was soon bringing home the medals. Among his standout competitive moments were knocking out five-time world champion and taekwondo legend Steve Lopez, and competing, and narrowly missing out on the medals, for Britain at the 2008 Beijing Olympics at the tender age of 17.

In advance of London 2012, as a member of Team GB, Cook - boasting the perfect combination of good looks, winning personality and a mastery of  taekwondo’s most crowd-pleasing techniques - seemed to have it all. Sponsors flocked to back the golden boy: Alliance, British Airways, Mars, Sky Sports, and Visa. But when he was not chosen to represent his country at the 2012 London Olympics, national team selectors chose, instead Lutalo Muhammed - Cook’s world disintegrated.

“I was devastated, I could not believe it, I was certain I would go, I was the world number one, I was the reigning European champion,” he said.

Cook and his brother, and coach, Luke staked everything they had on a legal battle. “We tried to challenge it: Every penny I had from those sponsors - that was meant to be our life’s savings! - went into overturning the decision,” he said.  But advised that they had only a 50-50 chance of winning, the brothers decided to pull back from the brink and not mortgage their house. “It was a very, very hard period,” Cook said.

An early option was provided by the Isle of Man, who invited Cook to fight for the island in European and World Championships. He did that, but to realize his Olympic dreams, Cook needed another flag to fight under. That flag would belong to a small state in Eastern Europe looking to upgrade its taekwondo game: The Republic of Moldova.

Cook was put in touch with Moldovan taekwondo authorities during the European Championships in Baku in 2014. Soon, the brothers were introduced to the ambitious and dynamic president of the Moldovan Taekwondo Federation, Igor Iuzefovici. “We met in London and discussed the possibilities and kind of left them to it, and behind the scenes they were trying to make it possible,” he said. “It all kind of happened overnight, and just before the World Championships in May, we got the green light!”

Today, Cook armed with dual nationality, is delighted at the prospects his adopted home offers him.

“I am completely free to do whatever I want, I can have my brother as a coach and they take care of all expenses, so I don’t have to worry about mum and dad paying for anything,” he said. “We are in a better place than we ever have been, things are looking up and we look forward to the future and hopefully winning the first ever gold for Moldova at the Olympics.”

The two now spend as much time as possible in their adopted home country, although Cook also benefits from training in Britain, under ex-Manchester United Conditioning Coach Mick Clegg - whose former clients include a certain David Beckham. And on his visits back home, he also gets to spend time with his long-term girlfriend - Team GB’s Bianca Walkden, the current world champion.

Meanwhile, Moldova, a late-comer to taekwondo, has not just secured the services of one of the sport’s star athletes. In a bid to become a training hub for the sport in Eastern Europe, it has pledged to open a WTF-designated regional taekwondo training center. And to incubate a strong pipeline of talent, the country has announced that it will start offering taekwondo classes in elementary schools nationwide.

But will Cook, with his high-altitude, high-risk style, be able to quench Moldova’s Olympic thirst in 2016?

That is a question much discussed by the taekwondo punditry.

Cook’s trademark techniques are the most crowd-pleasing weapons in taekwondo’s arsenal. He is a prolific firer of running serial turning kicks, spinning heel kicks, spinning back kicks and jump spinning round kicks. “I always liked the spin to body and to the face it is worth four points, so it is worth the extra risk,” he said. “I come from the older generation of taekwondo from before the PSS (protector and scoring system), when it was more old-school power, speed and double spins.”

However, since London 2012, the employment of PSS has pushed the sport toward a cagier, more tactical, front-leg game. “At the moment, it is more about height advantage and reach and flex,” he said. “I have had to adjust my game dramatically over the last three years; I keep elements of my old style, but it does not always work on the electronics.”

So Cook knows what he has to do - but he also knows his own game. “I like to have a scrap, I like it to be a proper fight, not too tactical,” he said. “I like it when we look into each other’s eyes and go hell for leather - ‘Rocky’ style!”

Just as the power rangers always defeat the aliens and monsters, it seems certain that Cook will continue to win the applause of the crowds and the admiration of his peers. What is less certain, however, is whether Cook’s spectacular style is what is needed when it comes to qualifying for, then winning medals in Rio. 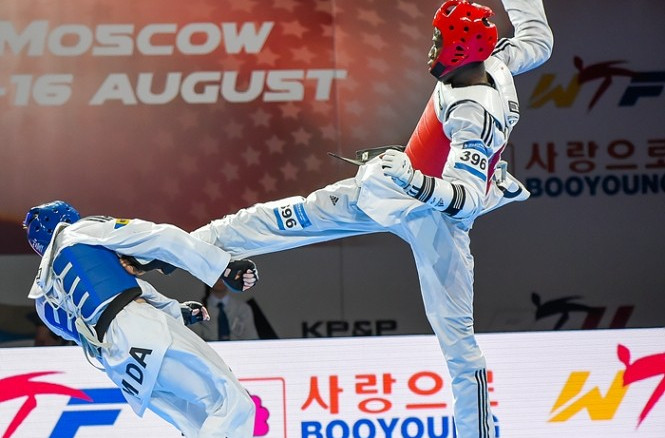 Britain’s Olympic taekwondo bronze medallist Lutalo Muhammad, who grew up watching videos of boxing greats such as Muhammad Ali, Joe Louis and Sugar Ray Robinson, has engaged in some classic fighter’s talk ahead of a possible meeting later this week with Aaron Cook.

Iran's Mahdi Khodabakhshi, a brilliant master of the dark arts of the modern sport, clinically overpowered Britain's Damon Sansum to claim the final title of the World Taekwondo Championships here this evening. The British Olympic Association (BOA) has cleared taekwondo athlete Aaron Cook to represent Moldova, despite claiming there is “no legitimate case for nationality change”.